Our extensive product range includes combat and training ammunition for army, navy and air force applications. We are especially proud of Nammo’s programmable technology, allowing for extremely versatile capabilities in demanding and unpredictable scenarios. Other examples include armor piercing and multipurpose technology. 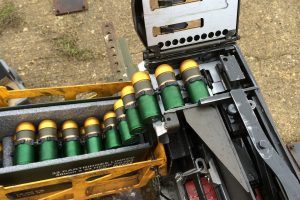 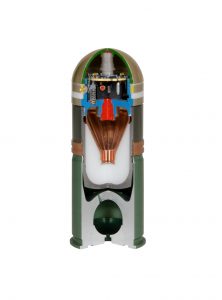 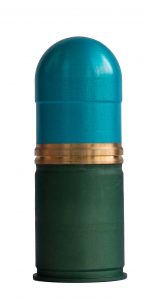 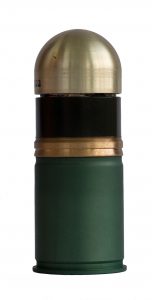 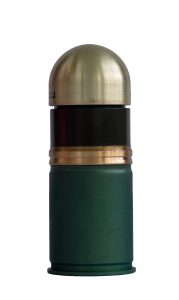 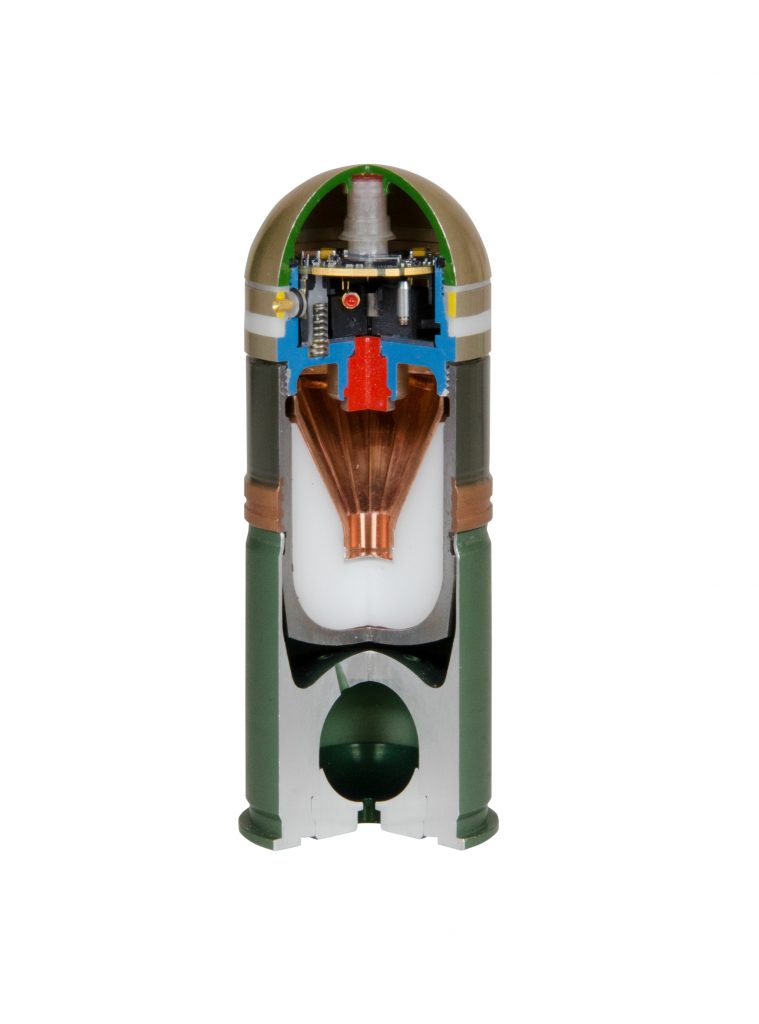 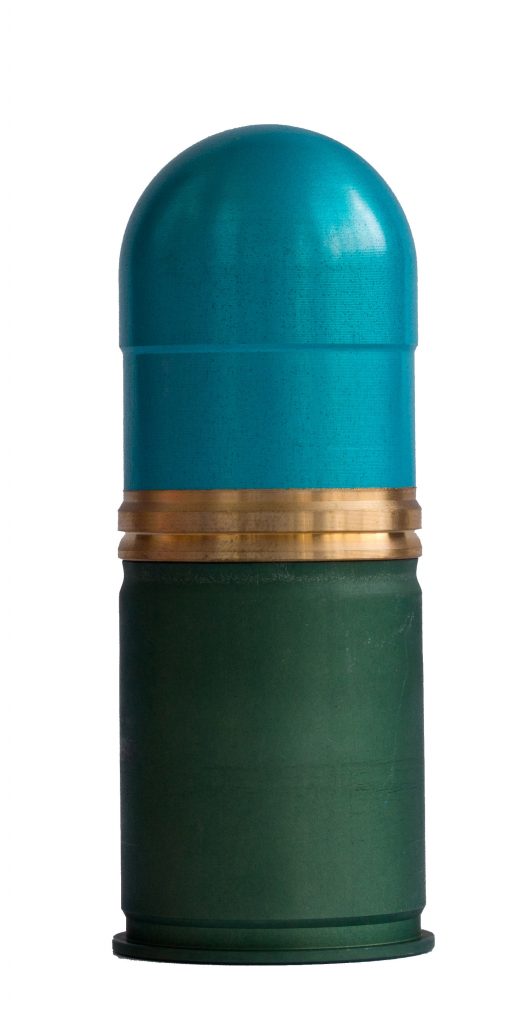 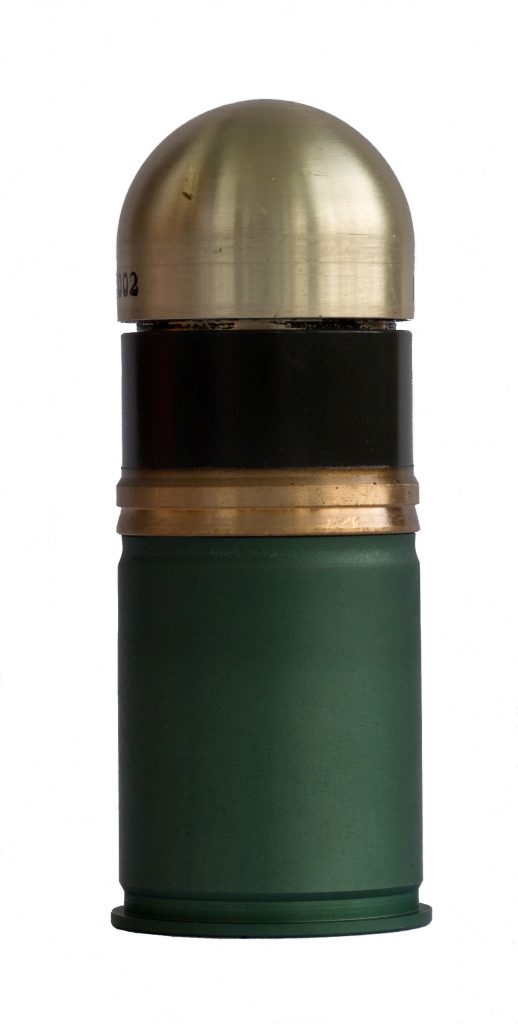 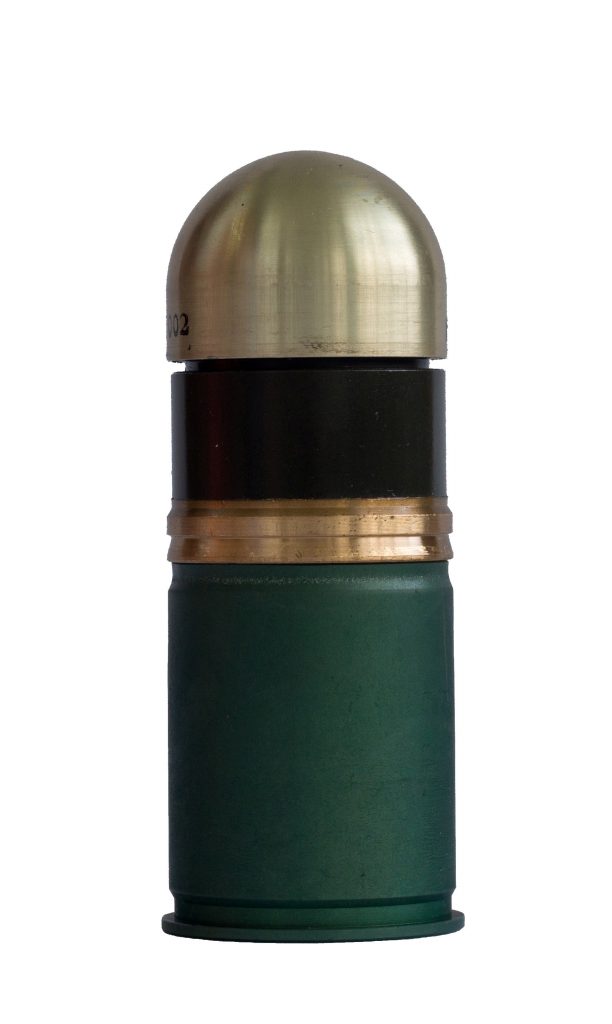 A new generation of sophisticated grenades can can explode anywhere you want it to, punch through armor, destroy walls, take down drones, or practically fire around corners.

Our extensive product range includes combat and training ammunition for army, navy and air force applications. We are especially proud of Nammo’s programmable technology, allowing for extremely versatile capabilities in demanding and unpredictable scenarios. Other examples include armor piercing and multipurpose technology.

– The grenades we see today contain a lot of new technology, and are fundamentally different from what we had in the past. Many still think of grenades as a weapon primarily used in close combat. But that is far from the truth. Modern grenades – fired from a specialized weapon system – have become extremely capable. They can fill a number of roles on the battlefield. We are beginning to see battlefield options previously only available to dedicated specialists.

Nammo’s 40mm program director, Helge Stadheim, opens an ammunition box containing a number of 40mm grenades. The designation for this type is 40mm x 53 HEDP-RF (High Explosive Dual Purpose Airburst – Radio Frequency). Their shape clearly shows how these projectiles are not meant for hand-throwing; They have been designed to be fired from a gun.

– Using a gun to propel the grenades is an obvious choice: One effect is – of course – that the range is greatly increased. Whereas a hand-held grenade can be thrown tens of meters (at most), a rifle-mounted grenade launcher has a range of up to 400 meters. But an AGL (Automatic Grenade Launcher) with a high velocity 40mm gun gets you an effective range of around two kilometers (2000m), Stadheim explains.

Kongsberg’s widely used Protector weapon station is equipped with advanced technology: A laser rangefinder, automatic ballistics calculation and correction, and thermal view options, just to mention a few. That also ensures aiming is easy: In practice it works as a simple point-and-shoot device where the user only needs to select a target. The system even works against moving targets. And the rate of fire should be enough for most scenarios: With 240-300 grenades per minute, even a single operator can wreak havoc to an enemy position

The 40mm grenades can be fired from a Heckler & Koch AGL (Automatic Grenade Launcher). Photo: Nammo

The ammunition itself has a few tricks up its sleeve as well – tricks that can make life very difficult for an enemy.

– I think the main advantage is the way that the projectile has been designed. First of all it is programmable. That means that with our programming unit, we simply set a distance for the detonation. Against an adversary in an open terrain, that is devastating, because the grenade can airburst exactly where we want it to. And even if an enemy hides in defilade – say behind a wall or in a trench, the same combination of distance programming and airburst ensures the 40mm grenades will hit. We can pinpoint exactly where the round detonates. And remember the airburst effect. Indirectly, this also lowers any collateral damage, Stadheim points out.

But the ability to airburst is just one of the things that this jack-of-all-trades can do. Its ability to penetrate armor is also surprisingly good.

– We’ve done a great number of tests over the years, and see how armored steel plates of more than 65mm are penetrated. Every time. It is a jet blast with a velocity of 4000 meters per second that punches through. Quite unpleasant for anyone near that, Stadheim says.

The ability to penetrate armor means the grenades can be effective against a number of vehicles – from unarmored to lightly or even medium armored.

– Well, if you are using the grenades against cars – you will see that they certainly have the power to stop or even destroy them. This happens for those vehicles that have some light armor. As for typical IFVs (Infantry Fighting Vehicles), their armor is usually also thinner than what the 40mm grenades can penetrate, Stadheim points out.

One example could be the Soviet/Russian IFV BMP-2. While the frontal armor is designed to withstand impact from up to 25mm cannon, the side armor is not, and can easily be penetrated by Nammo’s 40mm grenades.

40mm grenades are also great when facing enemies hiding behind walls or inside structures. The HEDP-RF can penetrate steel-reinforced concrete with a thickness of more than 185mm.

– The capability against these heavy, solid walls is nothing short of amazing. Our tests show that every grenade – when hitting such a wall – creates a jet blast powering through, Stadheim says.

The Automatic Grenade Launcher (AGL) is usually mounted on a vehicle, but can also be mounted on a tripod. The system is – considering the punch it packs – very lightweight and can easily be moved.

– I think the main advantage lies in the versatility that allows the users to effectively combat everything from drones to armored vehicles to opponents in fortified positions. A single user with the weapon station and Nammo’s 40mm can now do what we previously needed several groups of specialists for, Stadheim concludes.

Nammo's latest ammunition handbook is here, showcasing our full product range. The 2021 (version 6) document is a significant update over the previous version from 2018. Spanning 191 pages, hundreds of defense products are shown with pictures, descriptions and statistics.