A marine fires a M72 during an exercise in Jordan. U.S. Marine Corps photo by Cpl. James Stanfield

The M72 has been around for 60 years. Yet, it remains as relevant as ever. The weapon’s ability to penetrate beyond an astonishing 450mm of reinforced steel, counter drones, and practically fire around corners are some of the reasons. 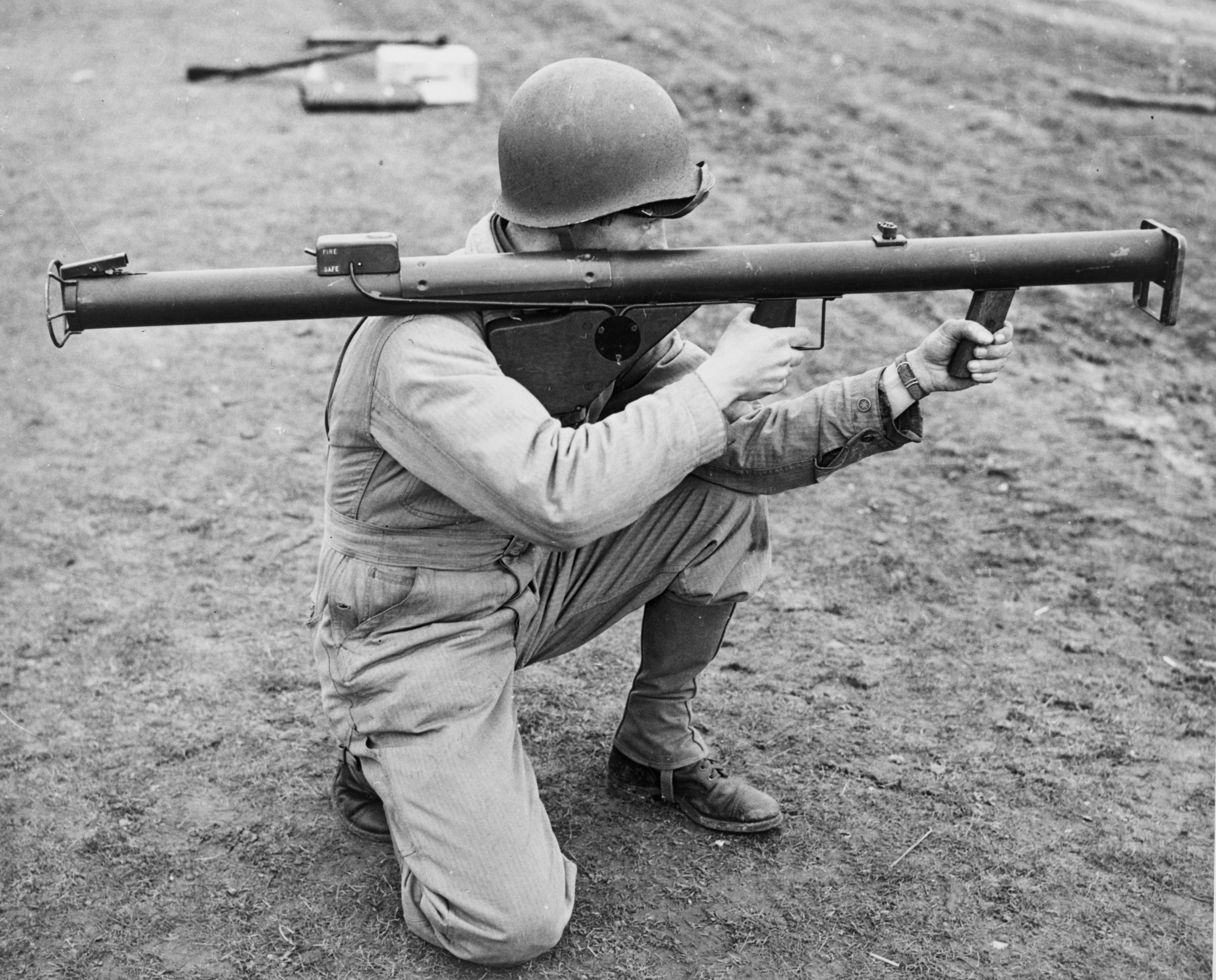 First introduced in 1963, the M72 LAW (Light Anti-tank Weapon) combined a couple of important properties: It was low weight, easy to carry, easy to use and powerful against armored targets. It really had two predecessors: One was the German Panzerfaust, the other was the American Bazooka. Both were capable in their own right but had significant drawbacks:

The Panzerfaust had a big warhead that could smash a 2.75 inch (7cm) entry hole in a tank, as well as spreading deadly burns and shrapnel on the inside. Its main drawback was the

very short 30m range and the considerable in-combat danger to the user. The Bazooka was conceptually quite different. As the first rocket-propelled grenade launcher, it gave the advantage of a much longer range, but the initial version only had one tenth of the explosive power of the Panzerfaust. 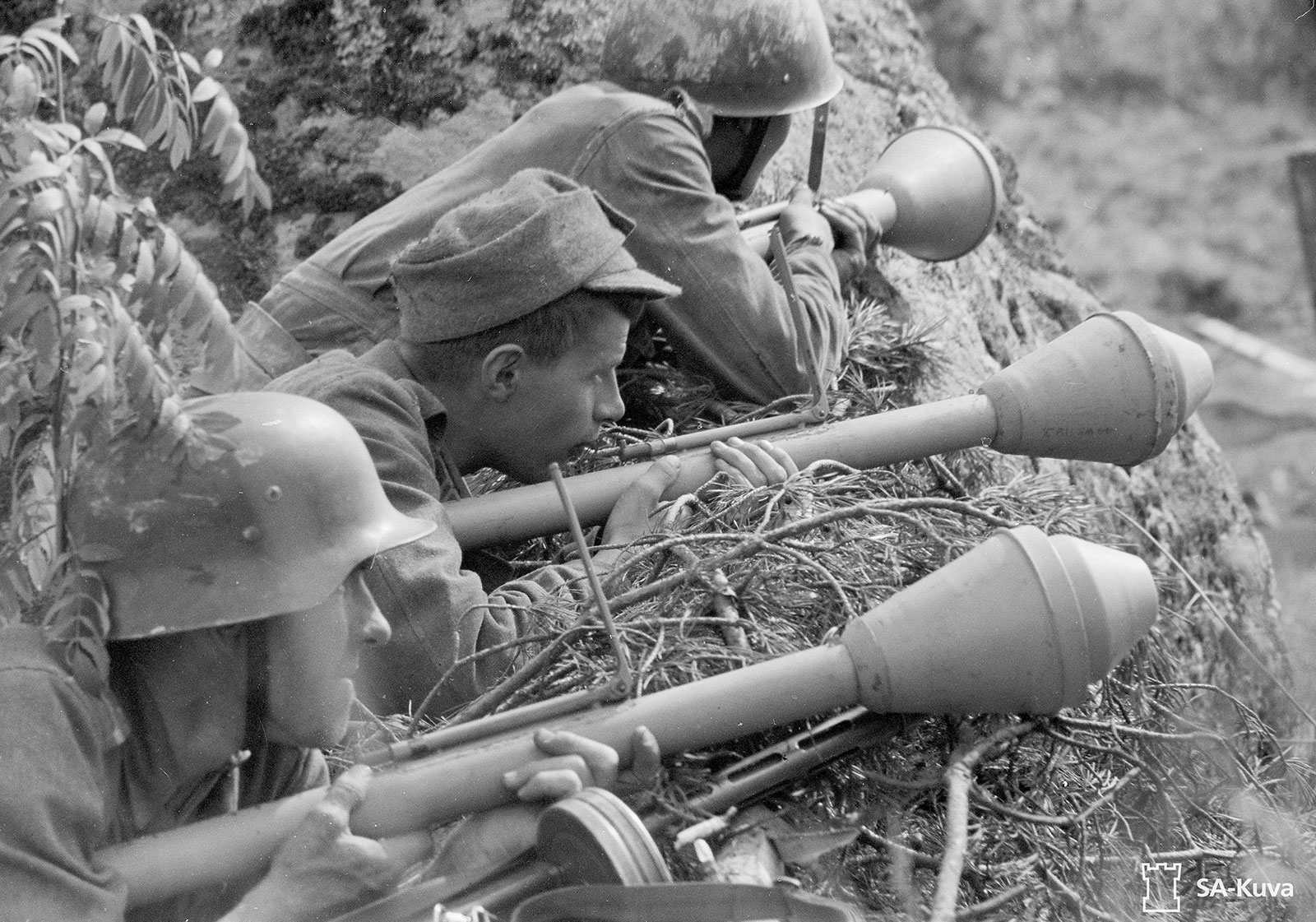 An entry hole in a tank would typically only be 0.5 inches (1.3cm). In addition, the large and cumbersome weapon needed a two man crew to operate.

“After World War 2, the US Army looked for a bazooka replacement. They wanted something better – preferably a smaller weapon with more power. A difficult task, but some competent engineers were able to come up with a concept that seemed to work very well”, says Quoc Bao Diep, Nammo’s Vice President LCS (Large Caliber Systems).

The M72 basically combined the Panzerfaust and the bazooka. A 66mm launcher tube gave room for a rocket with a decently sized warhead, and the range was much better than the original Panzerfaust. Armor penetration was more than sufficient, and the weapon could be operated by a single person without much training. The weapon was also light and one person could carry several M72s – a huge leap forward from the two-man bazooka teams.

Six decades later, more than a million have been made and the M72 remains in service in more than 30 countries. Quoc Bao Diep says the basic concept is still the same:

“Sure; the M72 has changed, but the original concept is still there, and it is still relevant in the battlefield. The weapon is an easy-to-use system effective against multiple target types, including armored ones.” 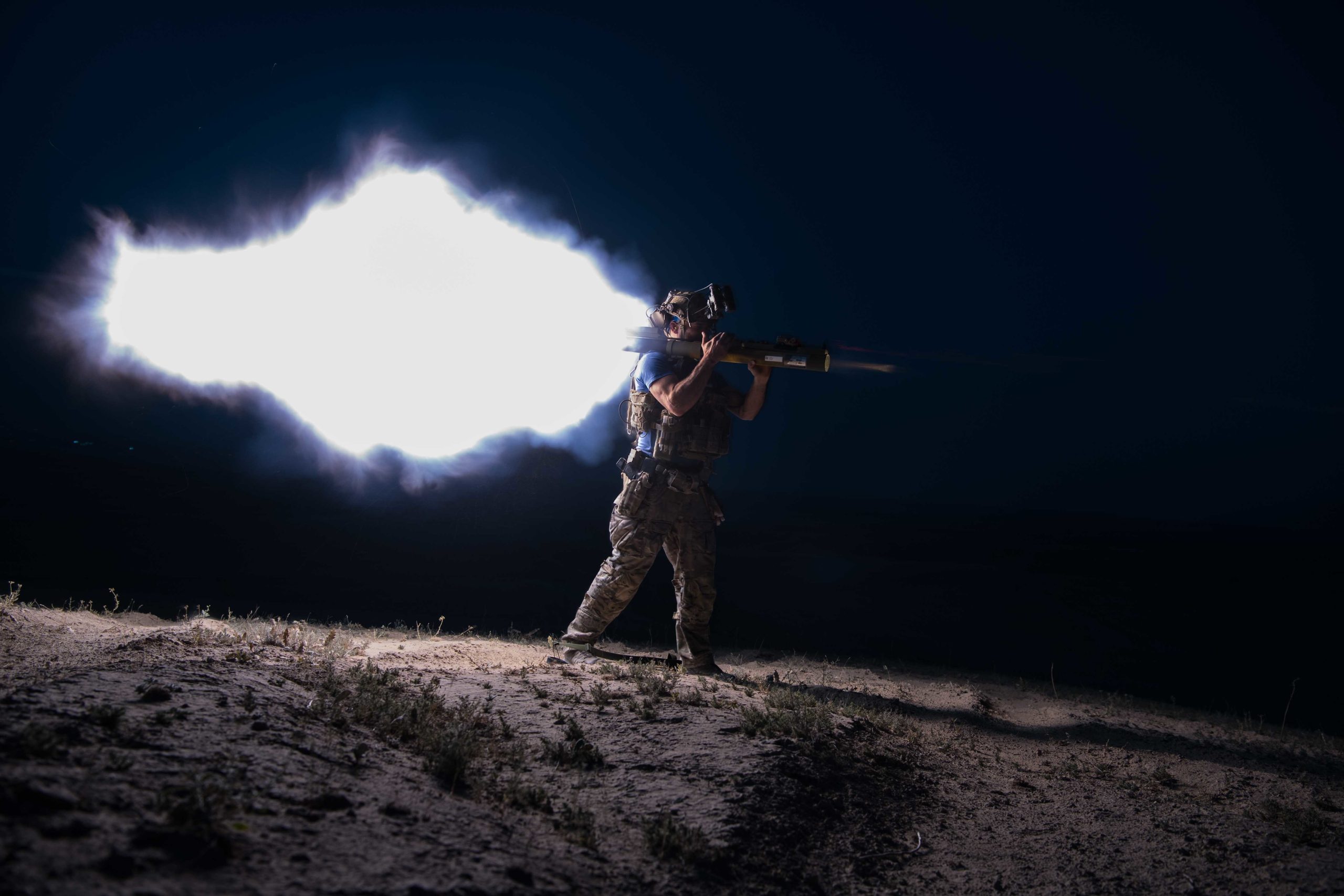 At the very core of the M72 lies the so-called shaped charge. It is this that gives the warhead its penetrative ability. When a hollow or void cut is made on the surface of an explosive, the blast effect will focus there. Also, a metal liner here can transform into a liquid form, further focusing the blast and enhancing the penetration.

“In the M72, we have optimized this effect with the most powerful explosive available. We combine it with a wave shaper that guides the shock wave. We use a copper cone, and this becomes a copper jet that goes into the target at a speed of more than 8500 m/s. The kinetic energy attained is enormous, and can penetrate deep into any armor”, explains Diep.

“Deep into any armor” is no exaggeration. One variant of the M72, the M72 EC, has been tested to penetrate more than 450mm. And that is the so-called “RHA” variant; Rolled Homogenous Steel.

Over time, the M72 has been improved, and more variants have been added.

– What have been the most important changes?

“With the M72 A4, Nammo introduced a bigger rocket motor. Later, the EC version got a new launcher and a new fuze. The system definitely became more safe, easier to use and with a longer range as well”, says Diep.

We also expect a version with airburst to be qualified soon. This will be ideal against targets such as drones, for indirect fire, or for anti-personnel use

The M72 EC follows in the footsteps of its predecessors, but as the M72 system has matured, new variants with different properties have come along. One is known as the “ASM” (Anti Structure Munition). This variant has a different warhead that works better against lightly fortified structures or buildings. Another is the “FFE” (Fire From Enclosure) which eliminates the backblast by using a countermass. 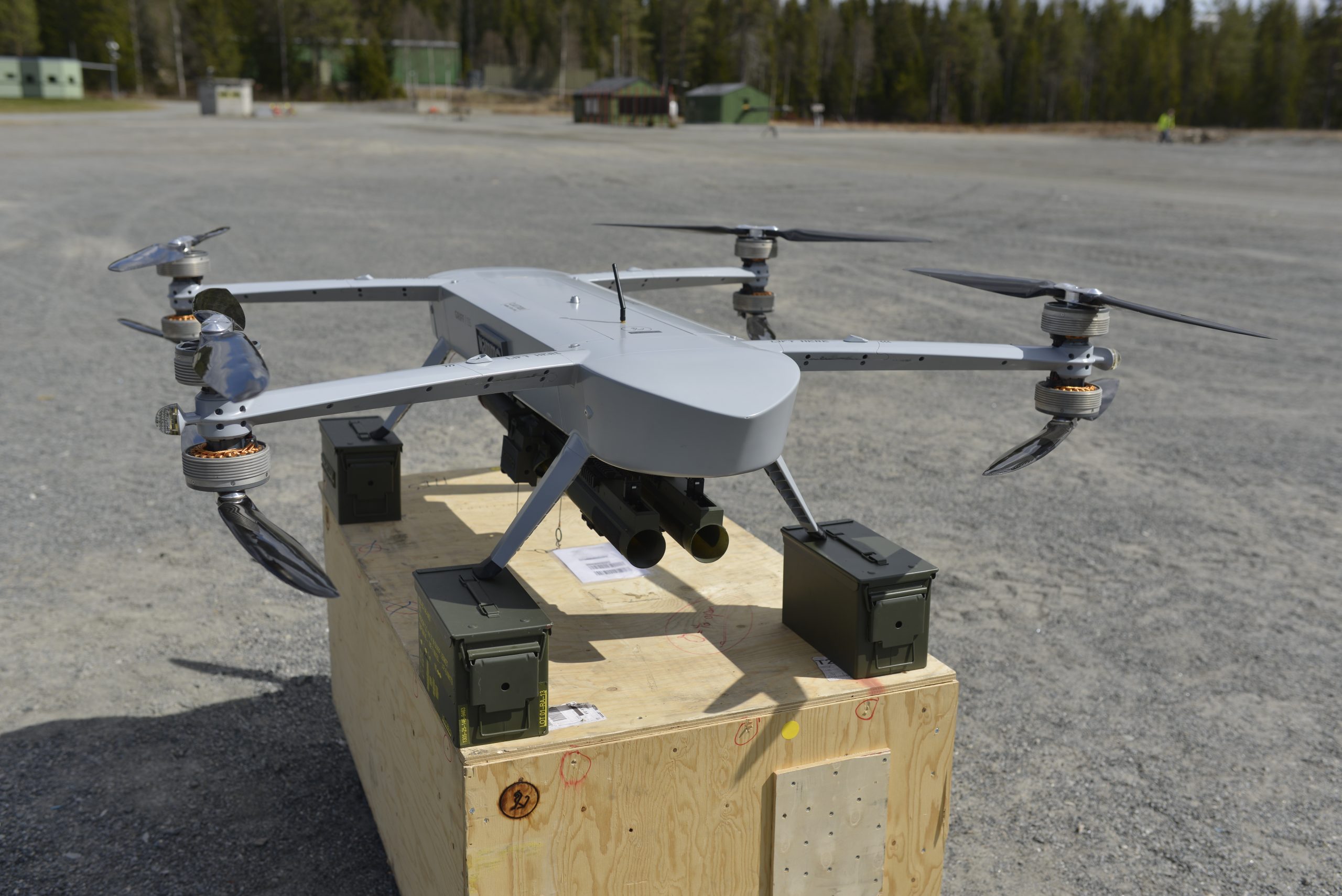 Nammo is working on a drone-mounted M72 Concept as well. In 2023, testing and development are well underway. Photo: Nammo

Nammo’s work to improve the M72, and add versions, continues. A drone-mounted version is in development, and the company is exploring loitering weapon possibilities as well.

“What started as a single shoulder fired weapon, today has evolved into multiple variants meant for different scenarios. But we still believe in the core concept: The M72 is lightweight, easy to use, and very powerful. I believe it will be with us for many more decades”, concludes Diep. 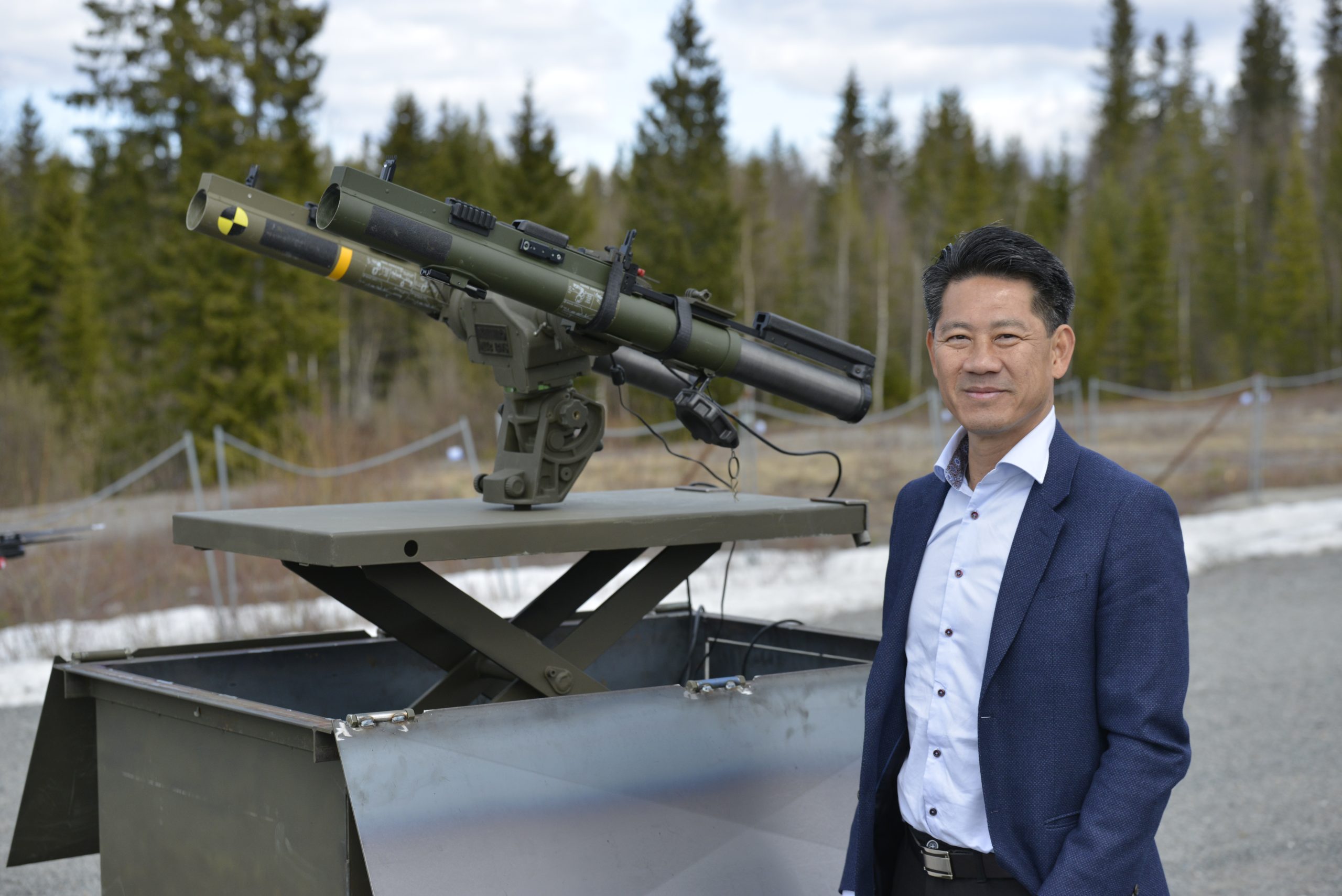 M72 shoulder fired
We use cookies to ensure that we give you the best experience on our website. If you continue to use this site we will assume that you are happy with it.I am happy with itOur Privacy policy