Nammo’s shoulder fired systems offer a supreme combination of low weight and heavy firepower. Building on more than half a century of experience, today’s systems deliver a true reliable advantage to several of the world’s most advanced armed forces. 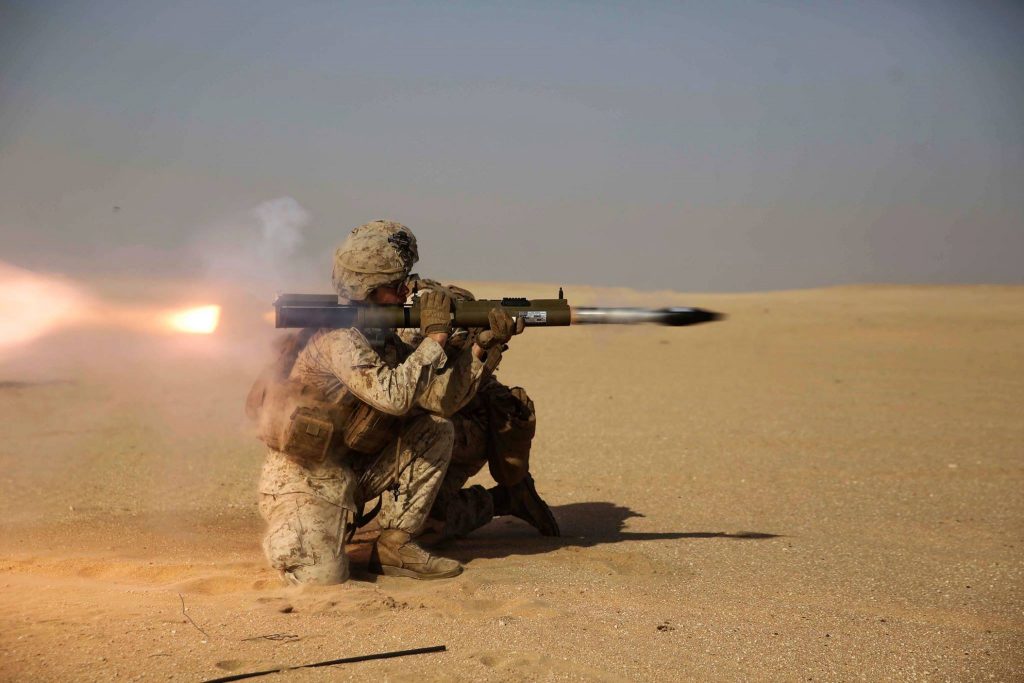 With more than a million systems delivered, the M72 represents one of the most successful shoulder fired systems ever developed.

Nammo’s shoulder fired systems offer a supreme combination of low weight and heavy firepower. Building on more than half a century of experience, today’s systems deliver a true reliable advantage to several of the world’s most advanced armed forces.

Weapons standing the test of time, and continuously proving too effective in battle to be retired to a museum display – like Nammo’s M72 Shoulder-Fired Series – are being successfully used on the modern battlefield.

Transitioning over time through several design iterations, the M72 weapon is locally manufactured in several countries, including Norway – which  began licensed manufacture in 1966 for a local defense force requirement; and the United States.

“Nammo has more than 20 countries buying M72 variants today,” explained Quoc Bao Diep, Vice President of Shoulder-Fired Systems at Nammo. “This success is the result of several enhancements over the M72’s original 1960s design, including to the launcher, warheads and fuzes.”

Diep notes that soldier safety is a key driver for many improvements, including introduction of insensitive munitions (IM), as well as a two-step arming system for the fuze.

Nammo supported the recently completed U.S. qualification of a new M72 fire-from-enclosure (FFE) solution, ensuring troops are safe and avoid injury when the M72 is fired from rooms, bunkers or enclosures. This unique variant means that Soldiers and Marines do not have to reveal themselves to combatants when firing the weapon.

“The new FFE is a true Fire-from-an-Enclosure capability unlike anything the Marine Corps has ever seen,” said the Program Manager for Ammunition at Marine Corps Systems Command, in a news story published online in August 2020. “It will become a force multiplier.”

Nammo’s production of the FFE variants – known as the M72 Anti-Armor (A8) and M72 Anti-Structure Munition (A10) in U.S. military service – is to begin in 2021, with fielding expected in FY2022. This newest variant continues the heritage of a battlefield legend, meaning the M72 will be in service for many years to come.

The shoulder-fired system, recognizable today by name rather than by appearance when compared to early versions, traces its legacy to World War II, when allied and axis forces looked to neutralize tanks on the battlefield. The Germans pioneered the Panzerfaust while the U.S. deployed the M1 Bazooka, both able to fire a deadly high explosive anti-tank (HEAT) warhead capable of penetrating steel armor. Lessons learned from those early weapons resulted in the development of a lightweight, single-use, shoulder-fired weapon employed by an individual dismounted trooper to neutralize tanks and other targets.

As a lightweight rocket launcher developed in the 1960s, the M72 first saw combat during the Vietnam War. Designated as the M72, a 66 mm rocket launcher offers significant firepower in a small package weighing less than 4 kilograms (8.8 pounds), facilitating Soldiers or Marines being able to carry two, or even three, on patrol.

Earning a reputation for effectiveness and versatility, and benefitting from planned enhancements over the last six decades, M72 variants are currently in daily service around the world. With on-going evolutionary development of planned system enhancements, including airburst technology, the M72 variants will continue to deliver revolutionary capabilities to the modern warfighter.

LEARN MORE ABOUT THE HISTORY OF THE M72 IN OUR ONLINE MINI-DOCUMENTARY.

Joining Forces to Develop the Future of Polymer Ammunition

How will Lasers Affect the Future Battlefield?