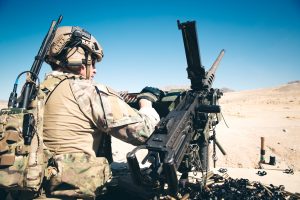 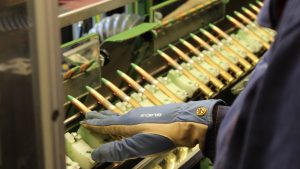 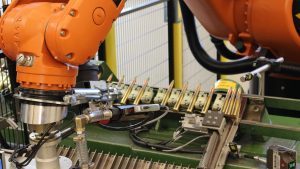 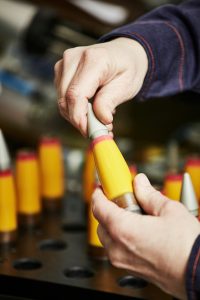 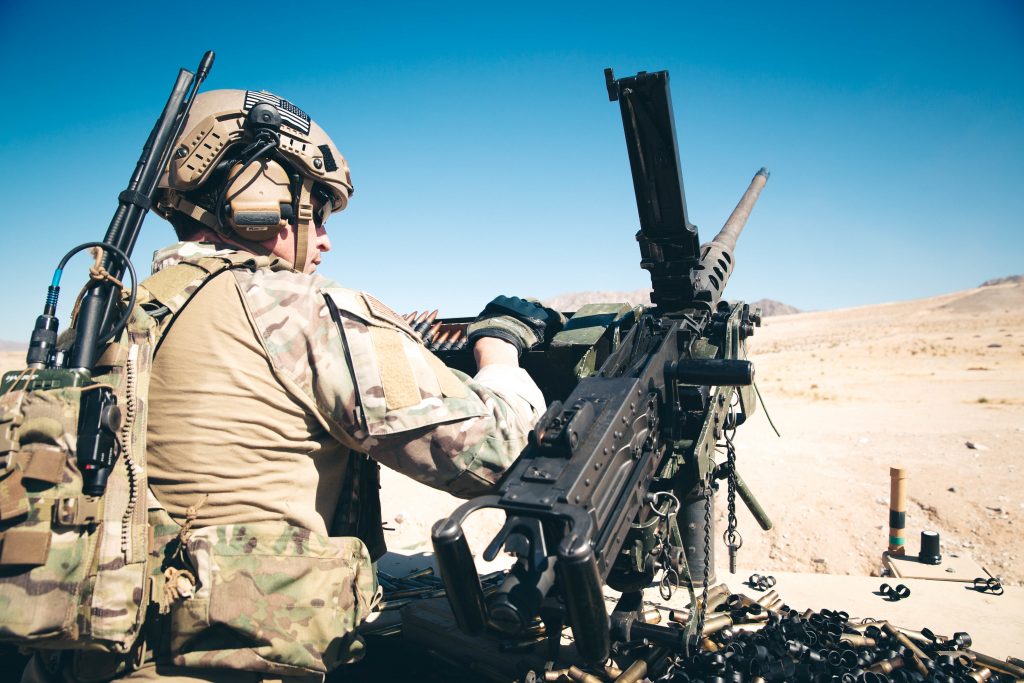 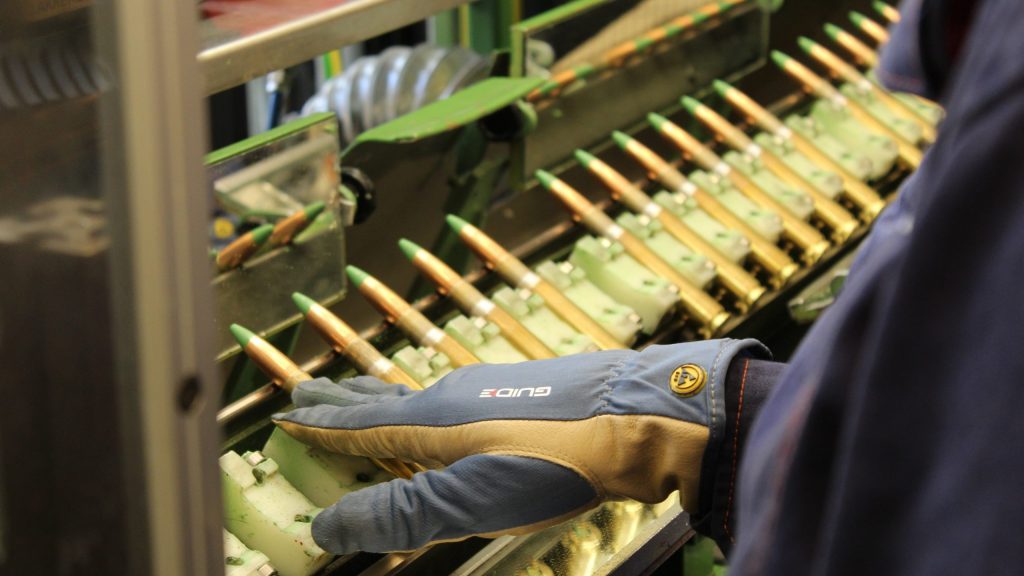 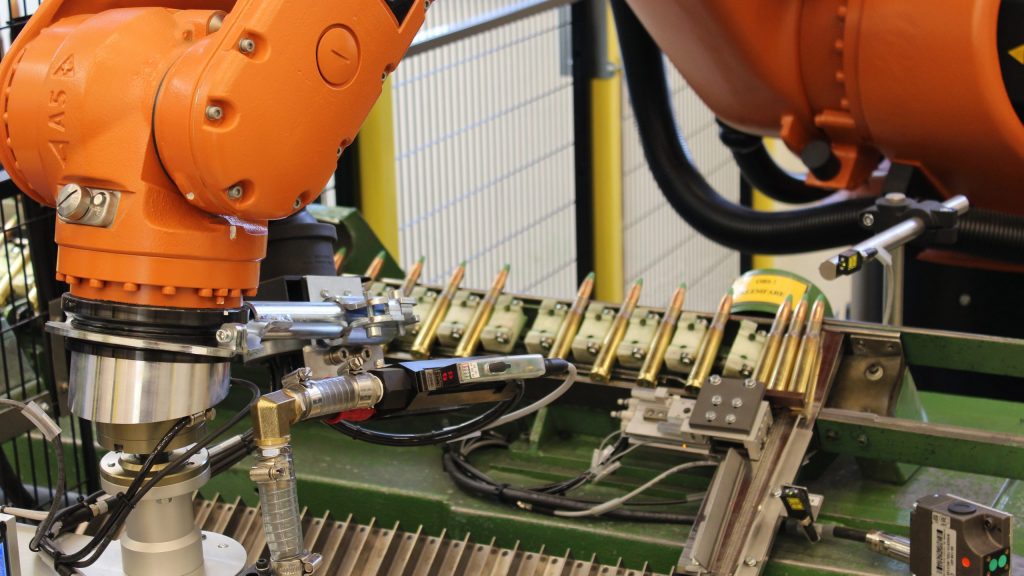 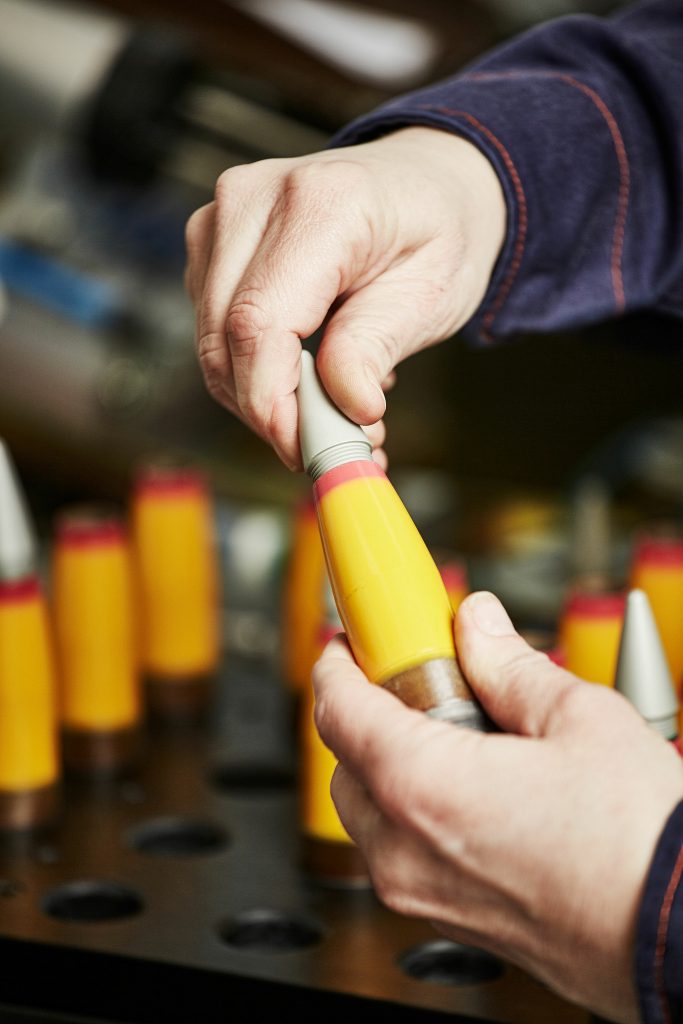 When Having the Right Ammunition Mattered

Iraq 2017: An armored ISIS suicide truck packed to the brim with explosives speeds towards coalition forces. Norwegian commander Terje Bruøygard watches as Iraqi and other coalition forces fire at it, without penetrating the armor. His unit, however, has something the others do not: Nammo's .50 cal multipurpose ammunition.

Lieutenant Colonel Terje Bruøygard – who led a group of Norwegian soldiers advising an Iraqi brigade – knew the situation was becoming critical. In less than a minute, the truck would drive right into hundreds of assembled soldiers and vehicles.

The main part of their column was Iraqi, but several smaller groups, mainly special forces from allied countries, accompanied them.

When the column first became aware of the ISIS suicide bomber speeding towards them, there was no immediate sense of concern, Bruøygard explains. It was still more than a kilometer away, which gave the coalition forces time to react.

Some of the soldiers had seen incidents like this before. Towards the end of 2017, Mosul had already fallen. Thousands of desperate ISIS fighters still held Anbar province in Iraq, as well as their capital, Raqqa. As the terrorist group neared their final defeat, they experimented more with suicide attacks.

The bomb trucks usually were stopped before they could harm their enemies. But this one kept coming closer.

– We could see it was headed straight for our column. They had welded steel plates onto it. As improvised armor, it worked reasonably well. Some other soldiers in the column fired at the truck, but I don’t think they penetrated the armor. I felt we were getting to a point where we needed to do something, says Terje Bruøygard.

One option was to call in air support. The truck would never withstand a direct hit from the air – or perhaps an anti-vehicle missile could be employed directly by the ground forces. But even with such systems at the ready, the window of opportunity was short.

Luckily, the Norwegians had something they could bring to bear almost instantly.

– We have access to special ammunition that is both armor piercing and incendiary. In this particular case, that was an ideal combination, and the ammunition was ready for use.

The MP ammunition was developed in Norway in the 1970s and was originally intended against Soviet trawlers. Norway feared that if the Soviets ever invaded, they could use the trawlers to transport troops into Norway, and at that time the Norwegians lacked weapons that would be effective against the thick trawler hulls.

MP is short for Multipurpose, an ammunition design that is both armor piercing and incendiary. Using a pyrotechnic ignition chain, the projectile penetrates the surface of a target before exploding inside.

Later, it turned out that the MP ammunition worked very well against other armored targets, especially those carrying flammable cargo.

The ISIS bomb truck speeding towards the soldiers on that day in 2017 definitely had that.

– I decided we had to fire at the truck. We never felt rushed or really threatened. Once we decided, training just took over. We did what we had to do, Bruøygard says.

The Norwegians loaded their .50 cal MP ammunition, looked at the target through the Kongsberg weapon station mounted on their vehicles, aimed and fired. A moment later, they could see the result of the impact.

– We clearly hit it. We saw how it exploded and went up into flames. We believe it could have carried around two hundred kilos of explosives. When we stopped it, it was only a few hundred meters from the rear elements of the column we wanted to protect, Bruøygard explains – and adds: It was a really good feeling; to see that we could stop them.

In May 2019, Terje Bruøygard received the Norwegian War Medal (“Krigsmedaljen”) for his efforts in the fight against ISIS. Photo: Torbjørn Kjosvold / Forsvaret / Norwegian Armed Forces

After the attack, soldiers from an unnamed allied special forces unit came up to the Norwegians, asking about their ammunition.

– They were astonished by what we had done, and asked about our ammunition. They had probably used the same caliber, but a different type of projectile as they fired at the truck. Since they could not penetrate the armor, they would have liked to have the same ammo, I believe, Bruøygard says.

Two years later, in May 2019, Terje Bruøygard received the Norwegian War Medal (“Krigsmedaljen”) for his efforts in the fight against ISIS. The incident where his soldiers possibly saved hundreds of lives by stopping the ISIS suicide truck was part of the reason.

– I feel that we have gotten a lot of recognition for what we did. And of course, there was never room for any doubt: ISIS is an evil organization. We had to stop them, we had to fight them, Bruøygard says, and adds:

– How often can you be part of something like this – liberating a country? I think we’re all proud of what we did in the fight against ISIS. And for me personally, I think it was one of the most rewarding things in my life.

Nammo's latest ammunition handbook is here, showcasing our full product range. The 2021 (version 6) document is a significant update over the previous version from 2018. Spanning 191 pages, hundreds of defense products are shown with pictures, descriptions and statistics.