Nammo has for several years been working on a concept where the M72 is mounted on a drone. The result is a flexible and powerful anti-vehicle or anti-tank weapon that can be operated remotely.

Nammo is pleased to announce that the company is working on a drone-mounted M72 concept. The M72 is a 66mm caliber single use light anti-tank weapon effective against a range of targets such as armored vehicles, personnel, lightly fortified structures, or similar.

The M72 is qualified and in use by a wide range of armed forces in several (mostly NATO) countries and offers a good combination of low weight and heavy firepower. In a regular usage scenario, it is fired from the shoulder of the operator.

While most variants have a maximum effective range around 350 meters, the new drone concept opens up several new possibilities for versatile use and much longer ranges.

– With the M72 mounted on a drone, users can bring the weapon to the target in a way not previously possible. This opens up both a “top attack” option against more heavily armored targets, even up to main battle tanks, while at the same time removing operators from the danger zone, says Quoc Bao Diep, Nammo’s Vice President for Shoulder Fired Systems. 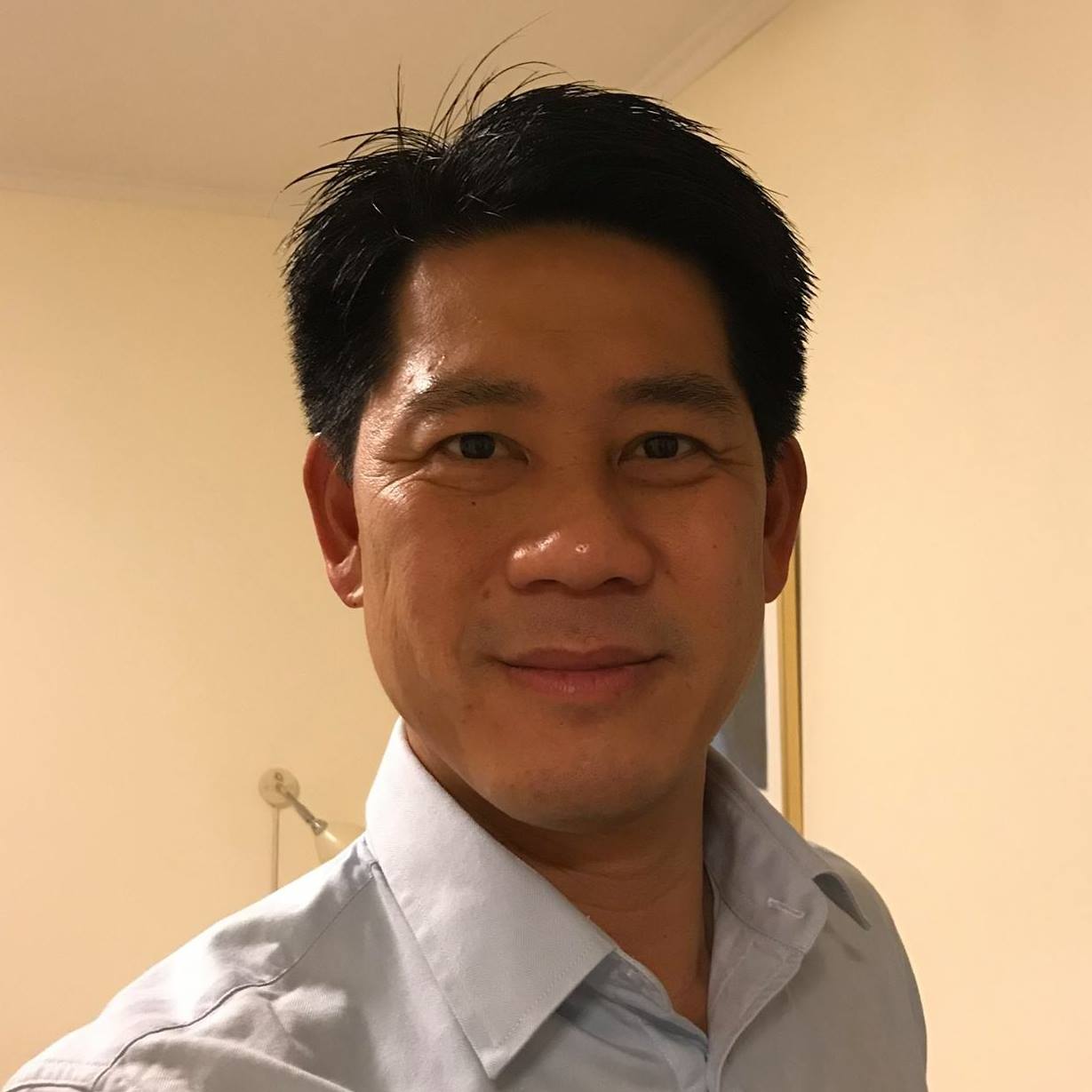 The M72 drone concept is also a low-cost concept that does not rely on GPS or similar to function. With a degree of automation, the number of operators can be kept at a reasonable level, and the light anti-tank weapon / drone combination can likely operate in so-called swarms. Compared to conventional anti-tank missiles, this can be an effective and inexpensive solution against armored forces. M72 variants meant to be used against armored targets can penetrate at least 450mm of steel.

– Currently, we are looking at using existing and commercially available drones. Since there is no or very little recoil from the weapon, it is an ideal combination within a range of 3 to 4 kilometers, says Diep.

Nammo is also looking at options to extend the range of a drone-carried M72 systems even more. Currently, a live video feed from cameras on the drone is transmitted back to the operator. This has a maximum range of around 3-4 kilometers, but with improved signal strength, the company is experimenting with ranges up to 50 km. 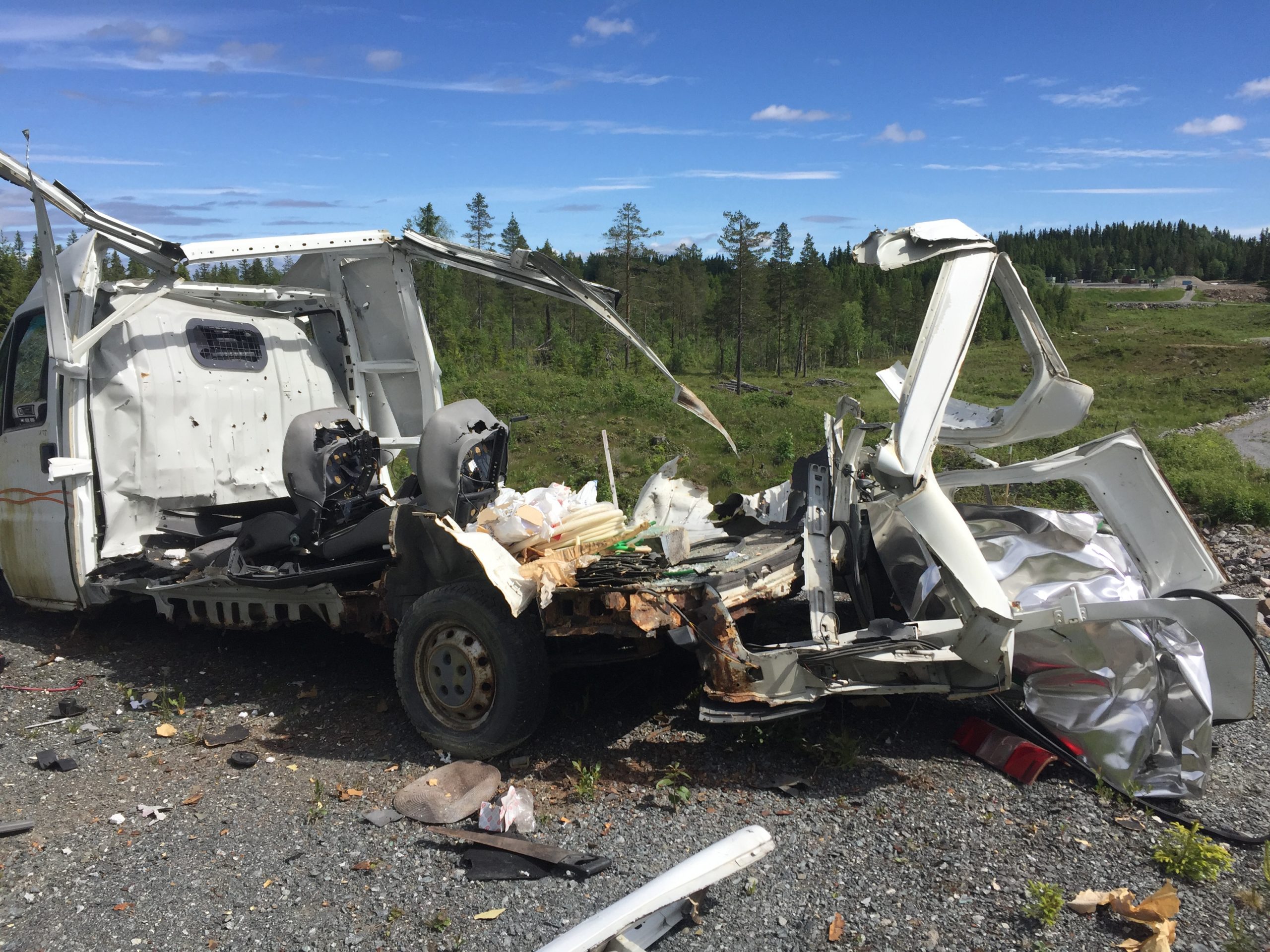 Nammo’s drone mounted M72 concept can be effective against a wide range of targets. This vehicle was destroyed as part of a concept test at Nammo’s Test Center. Photo: Nammo

Nammo’s M72 drone concept has been developed as an in-house project, with support from Norway’s Defense Development Institute (FFI). The system has been presented at the ADEX trade show in Seoul (October 2021), and has gone through several live fire demonstrations for potential clients such as the Norwegian Army as well.

– The next stage for us is to refine and improve the system. We believe a qualification process in cooperation with potential customers should be possible as well within the coming next few years. Even though the drone-mounted M72 is currently best described as a “proof of concept”, the individual components – the weapon as well as drone options – are already mature, qualified and in use. Now we need to make sure that everything works well together. Also, there are possibilities for enhancing sensor and system integration, says Diep. 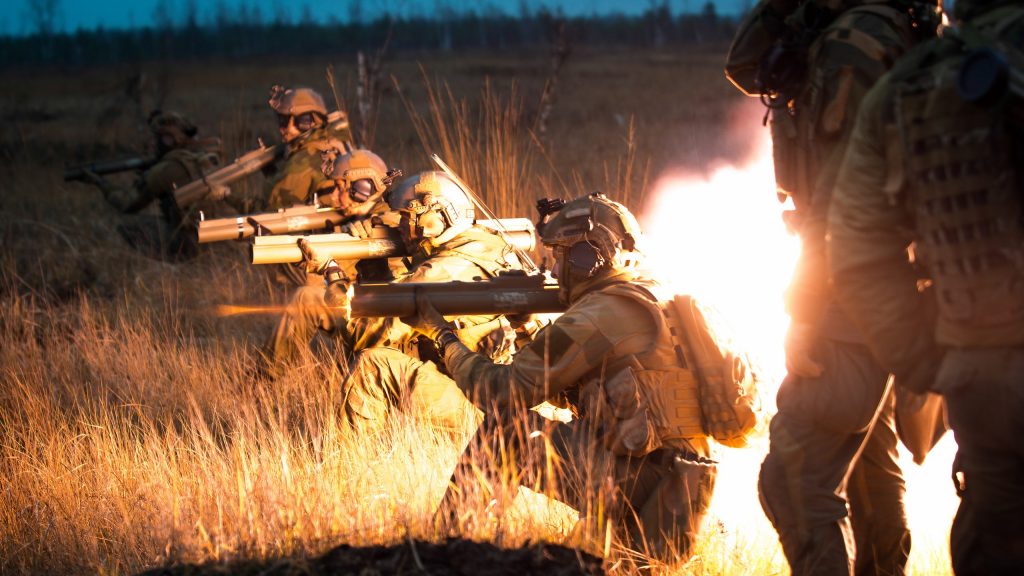