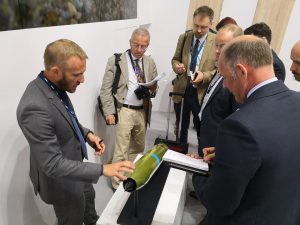 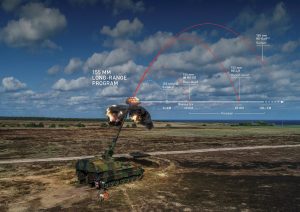 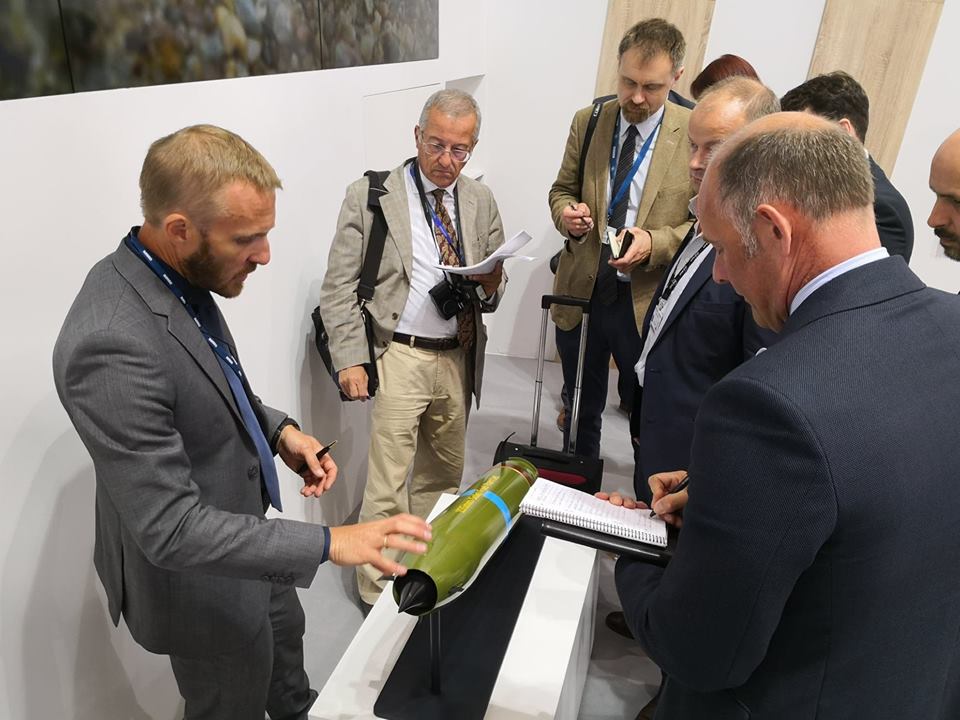 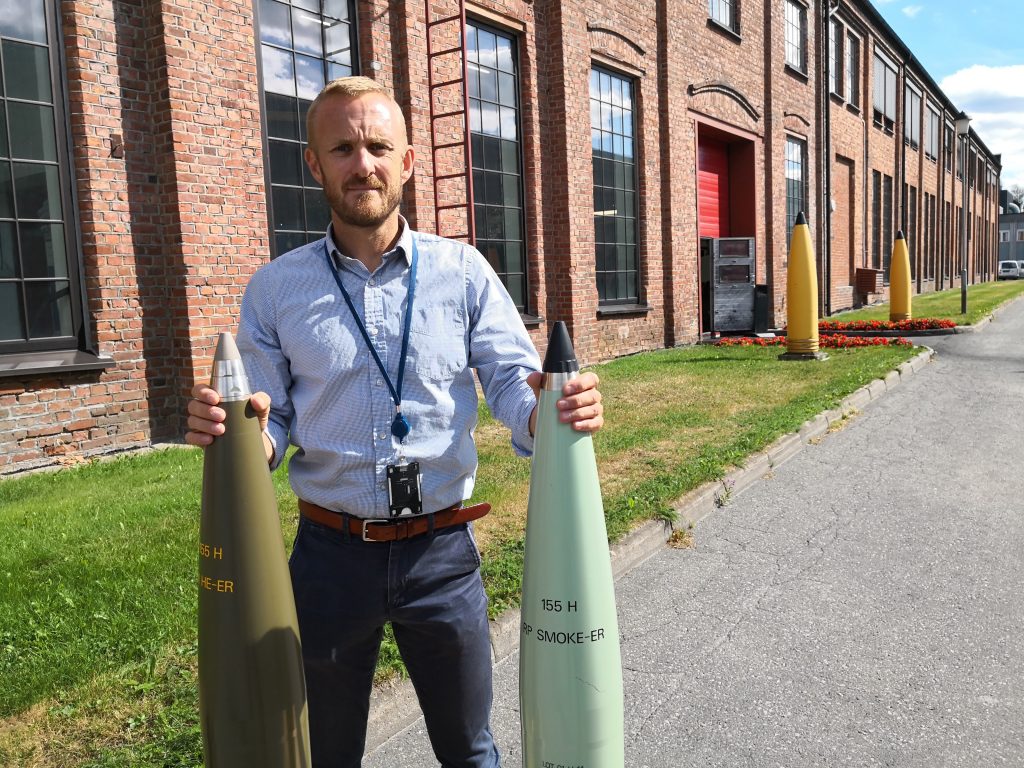 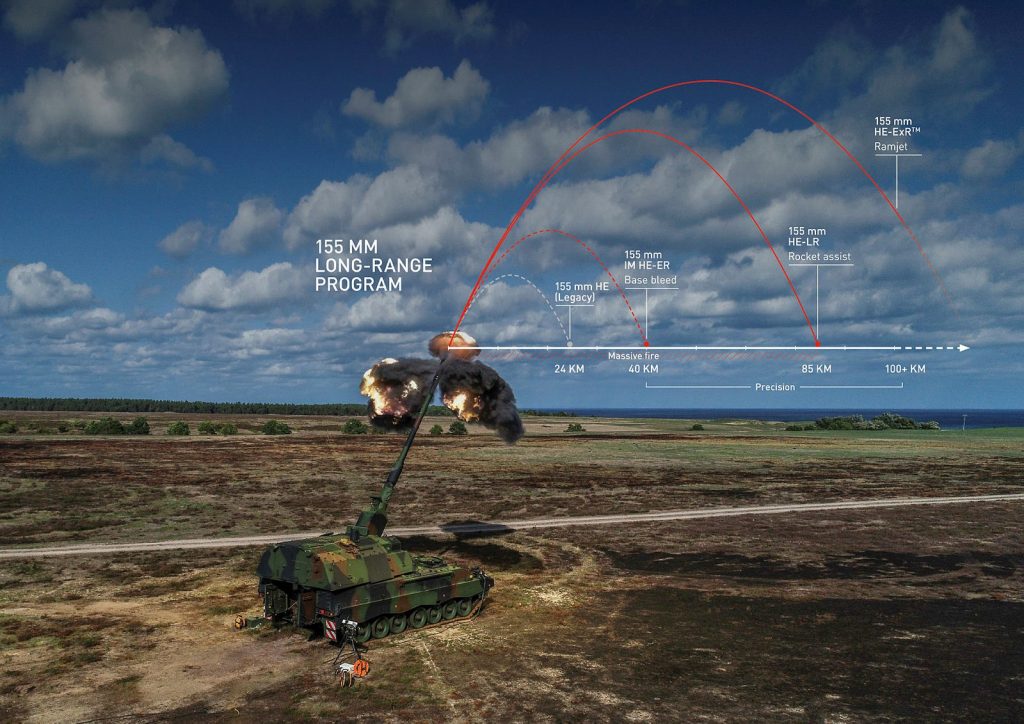 For years, NATO artillery and missile systems have been at a range disadvantage compared to its future potential adversaries. New technologies, however, have the potential to completely reverse the situation by closing the range gap.

In the summer of 2016, Russia rolled out the latest version of the 9A52-4 Tornado rocket launcher. The “S”-variant now has the ability to  fire shells at an enemy 120 kilometers away, a remarkable improvement on the previous version. But even the previous version could reach targets 70 km away.

At the same time, the country appears to be investing in other, more untraditional long-range missile systems. The recent accident near Severodvinsk – in what appears to have been a test of a new nuclear powered cruise missile – is just one indication of this investment, as is the use of conventional cruise missiles in Syria.

NATO has favored a different approach: For decades, the alliance relied on air superiority. That situation is however changing rapidly. As air defense systems like the S-400 proliferate, Russian planners apparently hope to deny their opponents free use of the skies.

U.S. Army Chief of Staff, General Mark Milley, is one of many experts who now believe the situation has changed fundamentally – and put NATO forces at a disadvantage. When he appeared before the U.S. Senate Armed Services Committee in April 2016, Milley was asked whether the army was “outranged”.

“We don’t like it, we don’t want it, but yes, technically [we are] outranged, outgunned on the ground,” Milley said.

The importance of range

Range – and especially the ability to hit at a distance where an opponent cannot retaliate – has been a prime concern on the battlefield since the days of the Romans. Sometimes, such an advantage has proven to be a deciding factor.

Roman triumvir Crassus is one who certainly would attest to that. When facing Parthian horse archers at the battle of Carrhae in 53 BC, his legions were wiped out when they could not counter their opponents’ range and mobility advantage.

Later, the English would inflict enormous damage on French forces in the Hundred Years’ war. At Crecy, Poitiers and Agincourt, English longbowmen significantly outranged their opponents. The great English victories here would effectively end the primacy of heavily armored knights, as well as adding decades to a conflict where the French held a great advantage in both resources and manpower.

Range also played a part in the U.S. War of Independence. Morgan’s Riflemen (famous for their long-range rifles) played their part in securing victory at important battles like Saratoga.

“There’s a race going on”

Longbows are however a thing of the past. But Nammo artillery and munitions expert Thomas Danbolt believes range is still of great importance to contemporary weapons, like artillery.

“Range is important. If you can shoot much farther than your opponent, counter-battery fire can simply be disregarded. Your own artillery will be safe, while at the same time you can strike enemy positions with impunity. I think we should not underestimate the consequences of having a range advantage,” says Thomas Danbolt, Nammo’s Vice President Large Caliber Ammunition.

Danbolt thinks major nation-states have seen the importance of this, and are now scrambling to improve their defenses. His colleague, Frank Møller, has been part of designing rocket motors for missiles for decades. He sees a big change in that field as well.

“I think there’s a race going on internationally. Propulsion technology has improved. Cruise missiles are getting longer ranges, better sensors, improved accuracy, and the cost has gone down. But a reaction is coming: armed forces everywhere are scrambling to improve their missile defenses”, says Frank Møller, Nammo’s VP of Strategy and Business Development (Aerospace Propulsion).

As demand for longer range options increases, ramjet technology has been advancing steadily. It has now come to a point where it can has several new potential applications – both in missiles and artillery.

Nammo already has a long history of producing high-performing artillery ammunition. Now, it once again wants to be at the forefront,  developing a new generation of shells covering all range requirements. 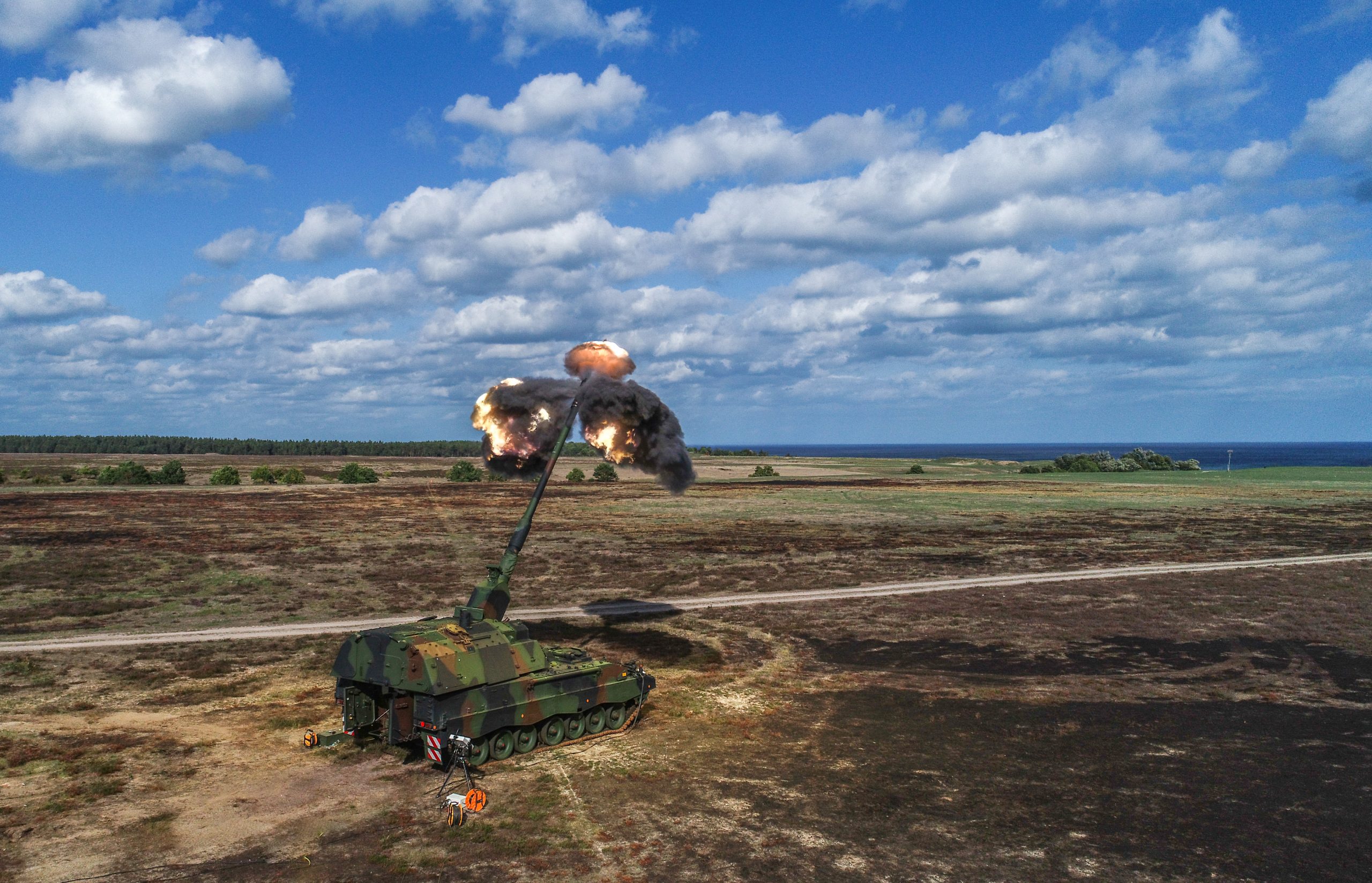 150KM ARTILLERY: Ramjet-powered artillery could reach as far out as 150km. With guidance, the projectile would be a mix of a missile and an artillery shell. Here a PZH2000 fires a 155 40+ km range IM-HE-ER during testing. Photo: Nammo

Nammo’s most ambitious project to date has been a Ramjet-powered, guided artillery shell with a range of up to 150 km, now the subject of a development partnership with Boeing’s Phantom Works. The new design is expected to see its first live-fire tests in 2020.

“In practice, this is a mix of a missile and an artillery shell. We are talking about a range that is five to eight times greater than conventional artillery. With the guidance system, we believe we can consistently hit an area as small as the center of a football field. And even though the payload is somewhat smaller, the destructive force will likely be greater because of the accuracy,” Danbolt says.

The Ramjet shell can be fired from every modern 155 mm L52 artillery gun – a trait it shares with all of Nammo’s other long-range shells.

Ramjets are also very well suited for missiles. In a conventional rocket motor, oxygen accounts for 80 percent of the fuel weight. But a  Ramjet instead uses oxygen from the outside air. As a consequence, oxygen can be replaced with fuel, increasing the capacity four or five times. Erland Ørbekk, Nammo’s VP of Technology for Aerospace Propulsion, explains that the advantages are great if a missile can reach high enough speeds.

“In a traditional air breathing motor, you need a compressor, a combustion chamber and a turbine. But in a Ramjet, the oxygen pressure and temperature will be high enough just from reaching a high enough speed (roughly Mach 2.5). A Ramjet missile can have a burn time of up to 300 seconds (5 minutes), and can be throttled up and down, or even turned on and off,” Ørbekk says. 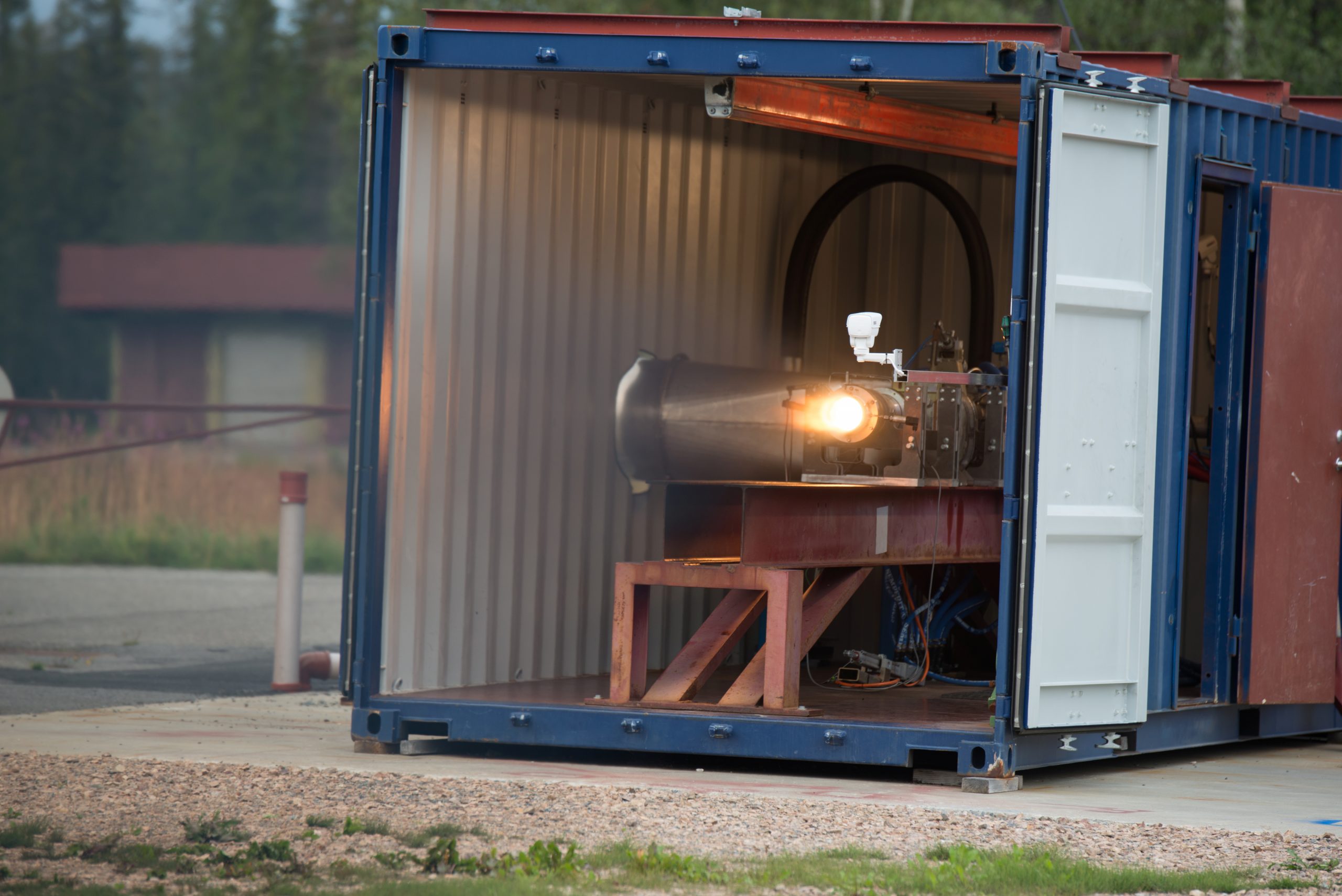 What operational advantages can we expect?

“A Ramjet-powered missile will be superior to a conventional missile in all possible ways. Ground-based Ramjet missiles will be able to take out high-altitude targets. And if fired from aircraft, they will be effective against high-speed and highly maneuverable fighter jets at much greater distances than today. We believe they could even be effective against some of the new high-speed missiles being introduced outside NATO. If you have a good enough sensor system on the ground, it will be possible for Ramjet-powered missiles to intercept them.”

Ready in a few years

Ramjet-powered artillery and missiles could be ready sooner than you think. Nammo has already completed more than 150 successful tests of its ramjet engines. While artillery ramjets could reach up to 150km, some air-to-air missiles could hit targets from an even more impressive 500km distance.

Frank Møller is sure we will see products on the market within a few years.

“Long-range Ramjet artillery will likely be on the market within two to four years. For missiles, it will take a bit longer, but we are confident that the technology is ready. What we are working on now is more focused on the practical applications and technical solutions.”

“Absolutely. And it will be a momentous change.”

19 Jun 19 - Boeing [NYSE: BA] and Nammo today signed a teaming agreement to jointly develop and produce the next generation of extended range artillery projectiles. The strategic agreement will leverage the companies’ combined expertise in guided munitions, projectiles and ramjet propulsion to provide a superior, affordable capability for the United States and its partners and allies.

Getting More from What You've Got

How new shell designs could support the first real improvement in artillery range in over 100 years.

The Biggest Invention Since the Jet Engine

When the jet engine was invented in the 1940s, it revolutionized aviation. With its new ramjet motors, Nammo is confident it can do something similar for both missiles and artillery.