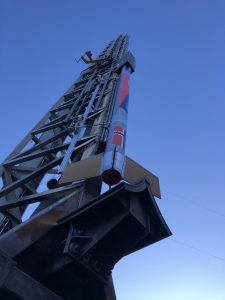 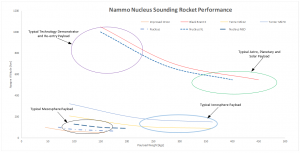 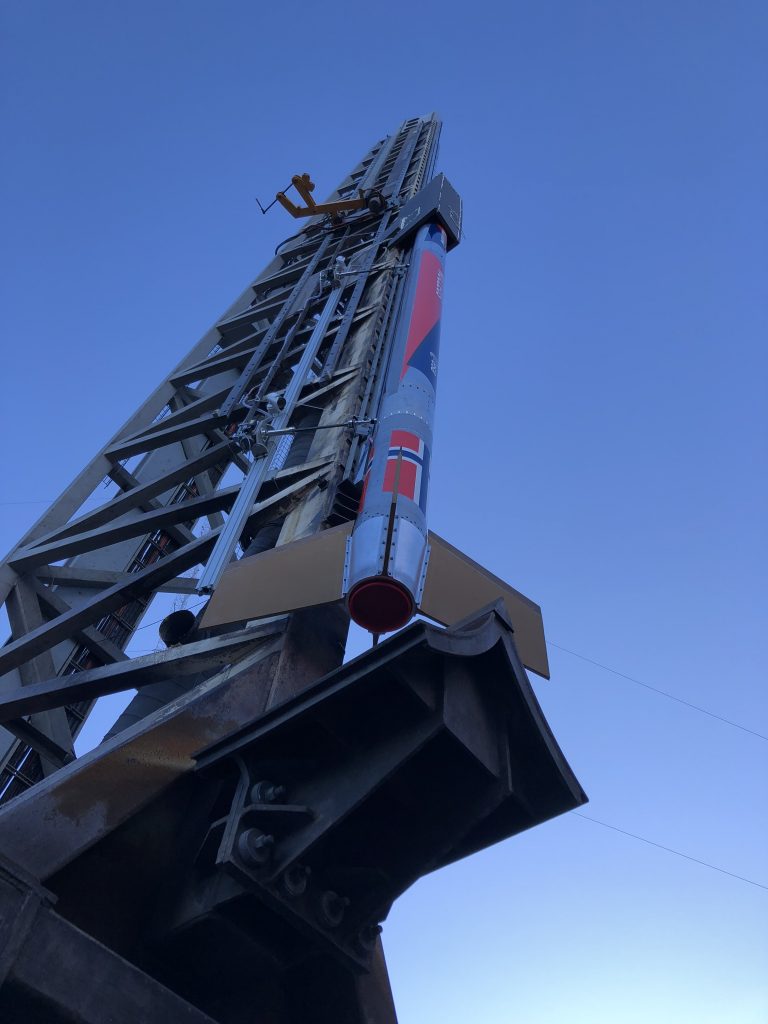 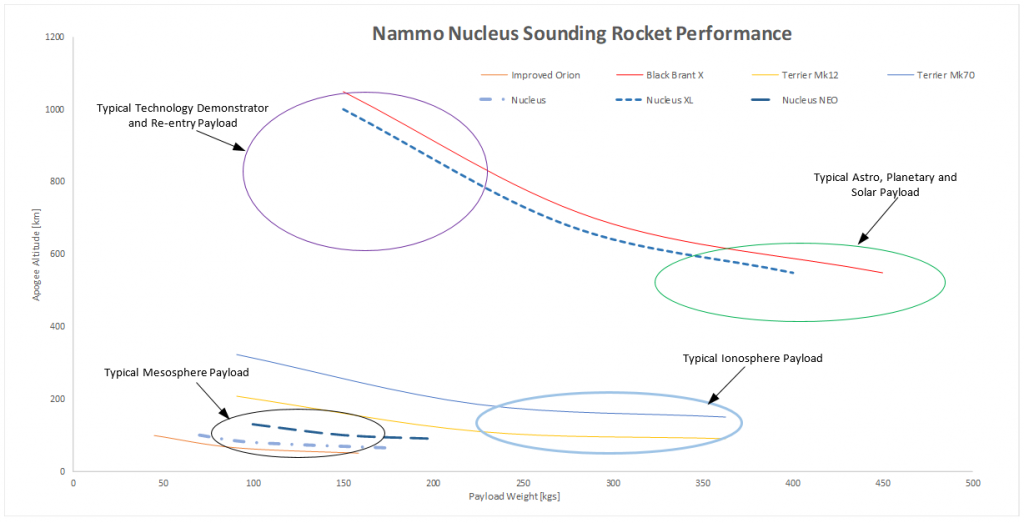 Nammo Space has developed and flown the NUCLEUS SOUNDING ROCKET.  The highly successful maiden flight was witnesses by many on 27th September 2018, from the Andøya Space Centre in northern Norway.  Starting from the baseline of a flight proven sounding rocket, the Nucleus product line is being developed to deliver experiments and spacecraft to an apogee of up to 1000 km.  Each of the Nucleus products is planned to be a single stage delivery system.

Nucleus SC is the Standard Configuration which is ready for procurement.  At the core of this vehicle is the Unitary Motor 1 [UM1], which delivers 30 kN of thrust and a low energy environment when compared to the solid propulsion solution.  Nucleus NEO is currently in development and is being designed to give an additional 50% payload capacity, which can be delivered to a higher altitude.

The final version of this workhorse, Nucleus XL, will come on stream in 2027 and will be aimed at insertion into a 1000 km apogee, with 150 kg nominal payload mass.  This performance will be achieved with the upgraded UM2 engine, at 100 kN of thrust.  The UM2 engine will also be one of the building blocks for the NorthStar nano-Launcher.

Nammo is ready to take account of customer needs and requests for tailored specifications and unique performance needs.