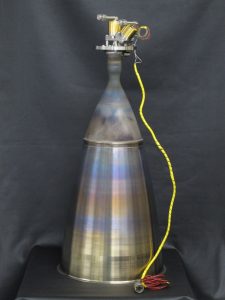 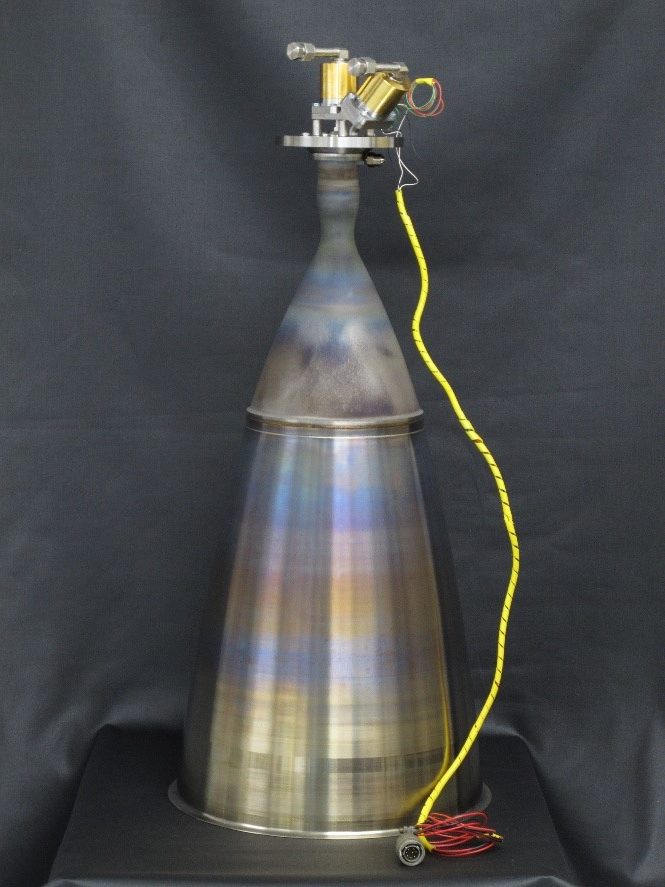 The LEROS 2c is a high performance bipropellant chemical thruster.

The engine has been developed using the advances made Nammo engineers in engine injector/chamber assembly design gained from the ESA High Thrust LEROS 4 Engine program, while maintaining the heritage of our long running  production programs.  This engine, which utilizes relatively inexpensive Niobium alloys with a Titanium expansion cone.  The price of this engine approximately 30% lower than current market offerings for this class of high performance apogee engines.

The Nammo Ireland AEV flow control valves, is being offered to the telecommunications and science mission primes.  All Nammo apogee engines are hot-fire tested in the UK National Space Propulsion Test Facility at Nammo Westcott.  Delivery timescales are typically 12-18 months.

The LEROS 2c is currently under development.  Please contact Nammo for further details.