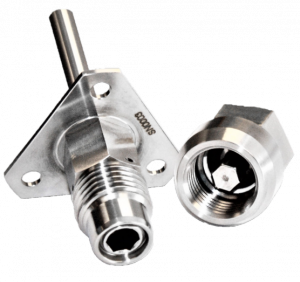 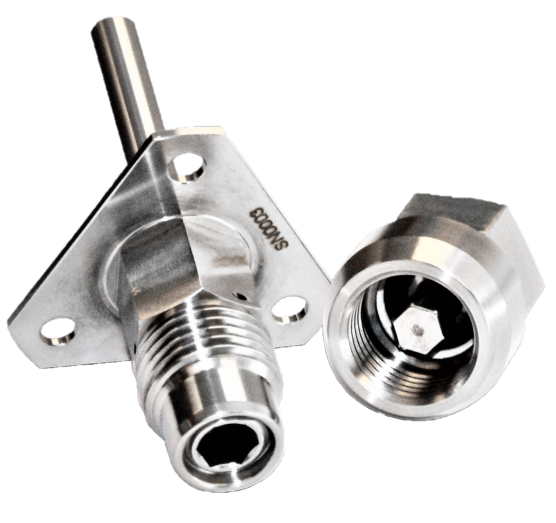 The Fill and Drain Valve (FDV) or Fill and Vent Valve (FVV) is capable of sealing liquid propellant or gas and can be used in most spacecraft and launcher applications.

The Fill and Drain Valve was developed as a generic valve capable of sealing all propellant media and has been selected for use on a number of major international satellite programs, employing monopropellant, bipropellant and electric propulsion systems.  The Flight Half Coupling consists of a Titanium alloy housing incorporating a stainless screw mechanism providing the primary seal.  This seal is formed by a silicon nitride ball making point contact with the screw mechanism minimising friction and ensuring only axial movement is transmitted.  The ball mates with a conical land in the housing that forms the seal.  Redundant seals are located within the titanium alloy cap.

The FDV is operated using a dedicated Ground Half Coupling (GHC) which is screwed on to the flight half providing series seals to prevent external leakage.  The internal screw mechanism is opened by applying a counter clockwise rotation to the actuating shaft of the GHC until the primary seal is fully open as indicated by the position indicator.  After fueling or venting is complete the valve is closed by applying a clockwise rotation.  The GHC may then be removed and the cap re-fitted and torqued closed.

The Nammo Space Fill and Drain Valves have flight heritage on the following platforms: