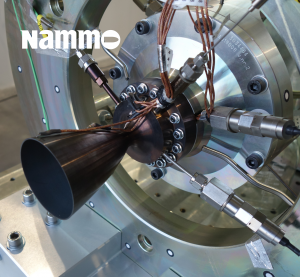 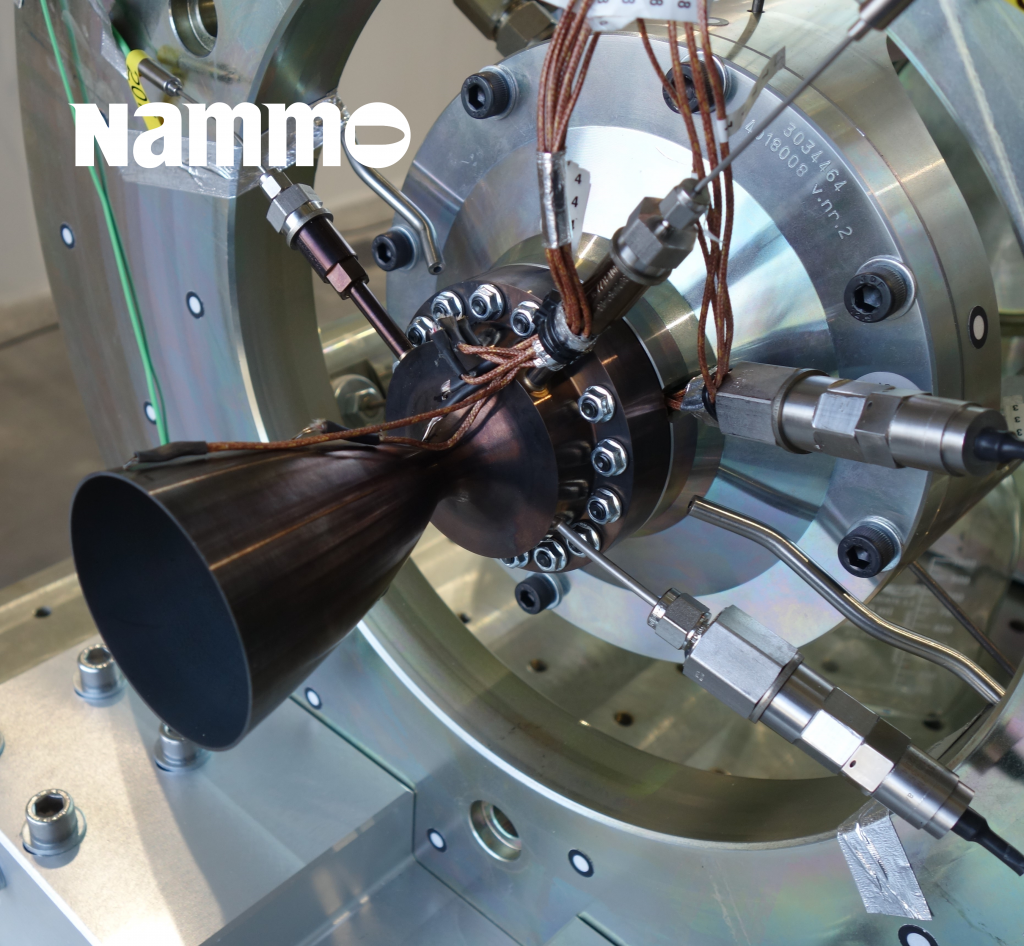 This is a green propulsion thruster based on Nammo Hydrogen Peroxide technologies.

Nammo Space is engaged in the development and qualification of a Roll and Attitude Control Systems [RACS], based on Nammo’s green propulsion technologies.

A first application of the system will be used on the new Vega-C Upper Stage.  As the main component of this system Nammo is developing a 220N Hydrogen Peroxide monopropellant thruster.  The propellant this thruster is using is 87.5% concentration H2O2. Nammo Raufoss is responsible for the development of the thruster, while Nammo Ireland is responsible for the flow control valve.

The high performance green monopropellant thruster uses a silver catalyst developed and manufactured by Nammo Raufoss according to internal proprietary processes.  The moderate combustion temperature of the thruster avoids the use of expensive and rare metals and it achieve an efficient mass performance using standard high strength Inconel.

Nammo has recently expanded their green propulsion facilities in support of the development and manufacturing of H2O2 based Attitude Control Systems, including the RACS system for Vega.  Nammo has on-site all required development and production facilities to serve the needs of the RACS and its components.  This includes an ISO Class 8 cleanroom as well as a dedicated test site for green propellant, with 40,000 litres of Hydrogen Peroxide stored on site.

Nammo has more than a decade experience on H2O2 based applications for Attitude Control of Launchers and Spacecraft.  Nammo has been involved in H2O2 based propulsion since 2008, and has established the technologies, processes and facilities in support of throttleable and large scale hybrid rocket motors, including the rocket motor that powered the suborbital Nucleus Sounding Rocket into space.

This thruster is being developed and qualified for the Vega-C upper stage AVUM+.