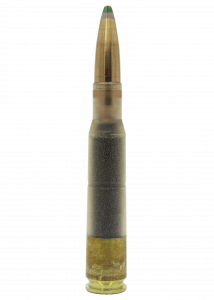 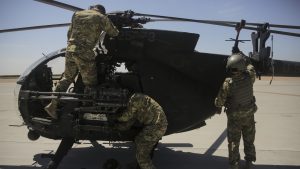 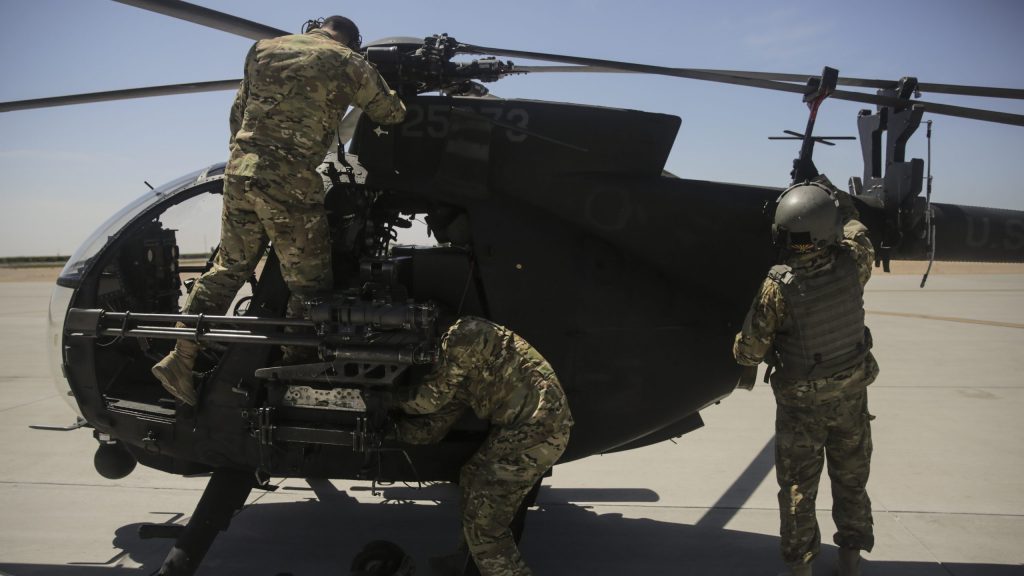 Taking On a New Case

For more than 150 years, the basic shape of ammunition has remained the same. Now, thanks to revolutionary new materials, this is finally changing.

One of the lightweight materials that some hoped would one day replace brass has included various types of polymer – roughly equivalent to a stronger form of plastic. But there were big problems. While often performing well in normal temperatures these early polymer cases would become brittle and break in extreme cold, or become soft and melt at high temperatures – the exact kind of conditions where military grade ammunition would be required to perform.

“A polymer that could be used for ammunition cases just didn’t exist,” said Joe Gibbons, a material scientist that revolutionized the industry when in 2003 he and a team began developing a new, highly durable material they believed would be up to the task.

“Most people would think that developing a new polymer is fairly common, but actually we were the first to do that in nearly 25 years.”

This new lightweight polymer offered outstanding performance, and even proved capable of resolving the issues of low and high temperatures. In 2007, seeing the potential of their new invention, Gibbons helped set up a company called MAC LLC in Bay St Louis, Mississippi, to develop their new polymer into a real competitor to the brass casings used on ammunition for more than 150 years.

“People have been trying for 70 to 80 years to make polymer-cased ammunition and we were the first successful ones. We were convinced that we could find the right material, and it appears that we have.

“We are now very competitive with brass casings,” he added.

Already in the Game

As a testament to its success, MAC LLC already has the capacity to produce four million polymer cases per year – mainly 50 .cal (12.7mm) – and has the ability to ramp up to 10 million units to meet future demand. They received a further boost in 2018 when ammunition specialists Nammo bought a majority stake in MAC LLC. This expands MAC’s reach to the rest of the world, with its European debut taking place at the Nammo booth at this year’s DSEI in London, England.

Polymer-cased 50 .cal rounds have already been qualified by the US Government, and are in use with some units including US Special Operations Command (USSOCOM). These cases represent a hybrid design, with polymer used for most of the casing while retaining a hardened metal base to ensure maximum reliability, particularly for holding the primer element in and supporting the extraction phase.

Taking a Load Off Their Backs

The .50 cal round is fired by the famous M2 Browning heavy machine gun, a formidable weapon designed nearly a century ago by firearm legend John Browning and still in use today on a range of vehicles, vessels and helicopters.

Ensuring that these platforms are not loaded down with too much weight is vital for today’s operations.

“Weight is of critical importance,” explained TR Russel, Nammo’s VP of Business Development and Marketing in the US.

“Whether it is the individual soldier only being able to carry so much on his or her back, or vehicles only being weight limited on capacity.”

Russel explained that lightweight assets – such as small tactical vehicles, patrol boats and scout/gunship helicopters – benefit hugely from the new 50 .cal ammunition, saving approximately 122lbs (55.3kg) per 1,500 rounds loaded on the platform. This allows warfighters to carry extra fuel – extend range and loiter times – or carry even more kit such as life-saving equipment, food and water, or extra ammunition.

For smaller aircraft, such as the A/MH-6X, the weight savings made possible by using polymer casings could have a significant operational impact. (U.S. Marine Corps photo by Lance Cpl. Zachary M. Ford, MAWTS-1 COMCAM/ Released)

Kim Helge Dahl, Program Director for 12.7 mm ammunition at Nammo’s facility in Raufoss, Norway, explained that while one polymer-cased round weighed 20% less than a brass equivalent, Nammo and MAC LLC have decreased the weight further by developing a polymer link for the 50 .cal ammo, as well as a qualified polymer box to hold 100 rounds. The complete weight of an ammunition box is now reduced by an impressive 33% compared with metal boxes and link.

That means that a pallet full of ammunition that used to weigh 900kg is now only 600kg – that’s nearly a third of a ton in weight saved.

“As well as the lighter weight of the polymer case developed by MAC, customers can also benefit from the various projectile technologies that we have developed at Nammo, including the popular Multipurpose (MP) round,” explained Dahl.

This round features a tungsten carbide penetrator and incendiary compositions that means it can provide a range of blast, fragmentation and incendiary effects. It also provides anti-armor capability and “extreme accuracy” at long ranges.

Interestingly, Dahl revealed another benefit of polymer cases that is not just about saving weight. “We saw that it had a much better performance when it came to accuracy compared to what we were used to with the brass rounds,” he said.

That comes down to the nature of the polymer manufacturing process, which provides less variation from round to round, and results in a more consistent product with respect to dispersion, pressure, and other critical characteristics of accuracy and precision. This has been described as a game changer by US forces that have used the round, particularly long range shooters that are equipped with the .50 cal M107 (Barrett M82) anti-materiel rifle.

Big Plans for the Future

Before adoption by USSOCOM, much of the early testing of the MAC LLC polymer-cased ammunition and its maturation was led by the US Marine Corps (USMC), beginning around a decade ago via the Defense Production Act Title III program. This fruitful partnership with the USMC is set to continue in the future.

As well as offering this mature 50 .cal solution to customers around the world, Nammo and MAC LLC are also exploring other calibers options.

MAC LLC currently has a development contract with the US Defense Ordnance Technology Consortium to design a polymer-cased 7.62mm round for use in miniguns and light machine guns. There is also work with the US Combating Terrorism Technical Support Office to develop a .338 Norma Magnum solution. Additionally, there is potential interest in upscaling to 20mm or 25mm for larger machine guns – although that is still on the drawing board, for now at least.

“We look forward to working with our customers to discover new solutions for this innovative technology,” said Russel.

“Nammo is a leading provider of specialty and niche ammunition to customers, and incorporating MAC into the Nammo family will help us strengthen that bond with our customers to provide a reliable advantage to them.”