Vivienne Machi after a ridealong in a T-38 Talon with the 71st Fighter Training Squadron stationed at Langley Air Force Base, Virginia, Oct. 30, 2019. Photo by Nicholas J. De La Pena.

Every year, Nammo sponsors groups and initiatives that are in line with our values and sustainability goals. Nammo has supported awards for young journalists since 2017.

While women are unfortunately still underrepresented in the defense sector, there is one area where they have successfully made their mark: among young defense journalists. Over the past four years, six of the seven recipients of the Nammo-sponsored “best young defense journalist” and “best young aerospace journalist” awards have been women. We asked the most recent of them, Vivienne Machi, what originally motivated her to report on defense.

Every year, Nammo sponsors groups and initiatives that are in line with our values and sustainability goals. Nammo has supported awards for young journalists since 2017.

“I was not expecting to become a defense reporter. I really just fell into it. In my discussions with other women defense reporters in the years since, I’ve found that there is a large number who have a similar story,” said Machi.

“In my opinion there are a few reasons for this. There is a bounty of defense publications in D.C. who are constantly hiring at varying levels of experience, and those publications provide a challenging, but interesting experience to reporters to cover some of the highest levels of government and the most interesting technological, geopolitical and economic developments. But it also should be noted that in a time where most journalism is taken for granted and much of the populace doesn’t think to pay for it, defense journalism is largely behind paywalls, and read with gusto by its core audience: government, academia and industry. This thus provides a steadier income for a budding or seasoned reporter than many other publications. So, for those of us who were not “defense geeks” from childhood or didn’t come from particularly military families, there is still some appeal to become a defense reporter, once you realize it’s an option.” 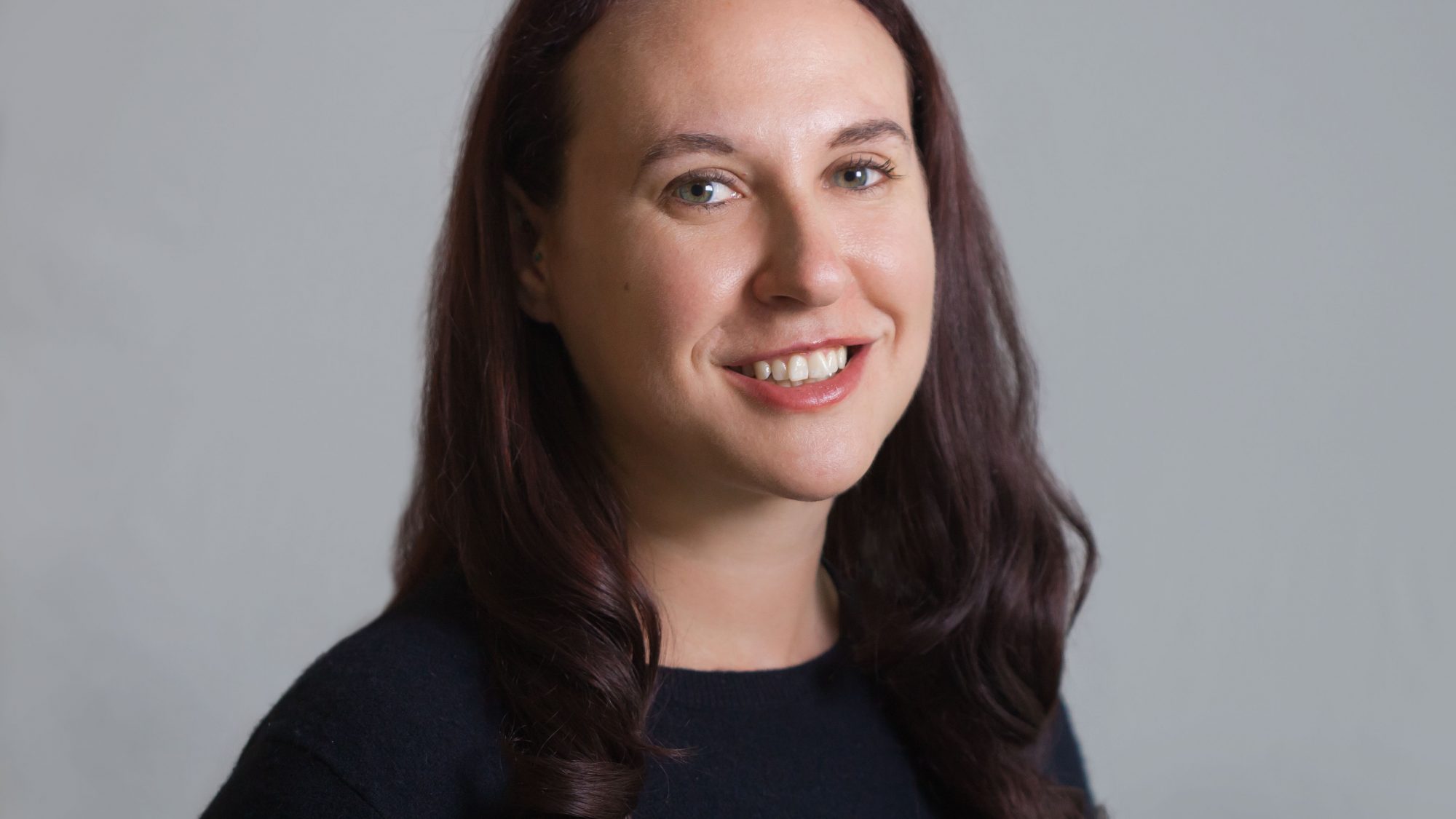 Washington D.C. is today home to the largest concentration of defense publications, covering both US and international defense and security issues. When Machi moved to D.C in 2016, the composition of the press corps was not what she had expected.

“I was frankly surprised to learn how many women covered defense in some capacity in D.C. And not only were there many women; but women were dominating the news coverage, getting the scoops, writing the tough stories. And these were women then in their late 20s, like me, all the way up to mid- and late-career. To watch female reporters have parity with their male counterparts at media roundtables with four-star generals, and to read their exclusive breaking stories, was hugely encouraging to me both to recognize that I too can be successful in this field, but also to recognize that I need to work extremely hard to reach an already high bar,” said Machi.

“I also have to say that the presence of some extremely talented, competent and knowledgeable female editors in these publications helps. I’m thinking of Sandra Erwin formerly at National Defense Magazine, Jill Aitoro formerly at Defense News, Sharon Weinberger now at Yahoo News, and more. Having those mentors is extremely important in any sector.”

Machi also praises the support the has received from the majority of her male colleagues.

“The vast majority of male reporters in the defense world have been nothing short of team players and cheerleaders for their female colleagues, and from my earliest news junkets, gaggles and roundtables, I have only experienced kindness and a genuine desire to help from most any fellow Pentagon/Hill/service reporter. We are all competitors, yes, but the D.C. defense press crew is also one of the most equitable and charitable groups I’ve been a part of.” 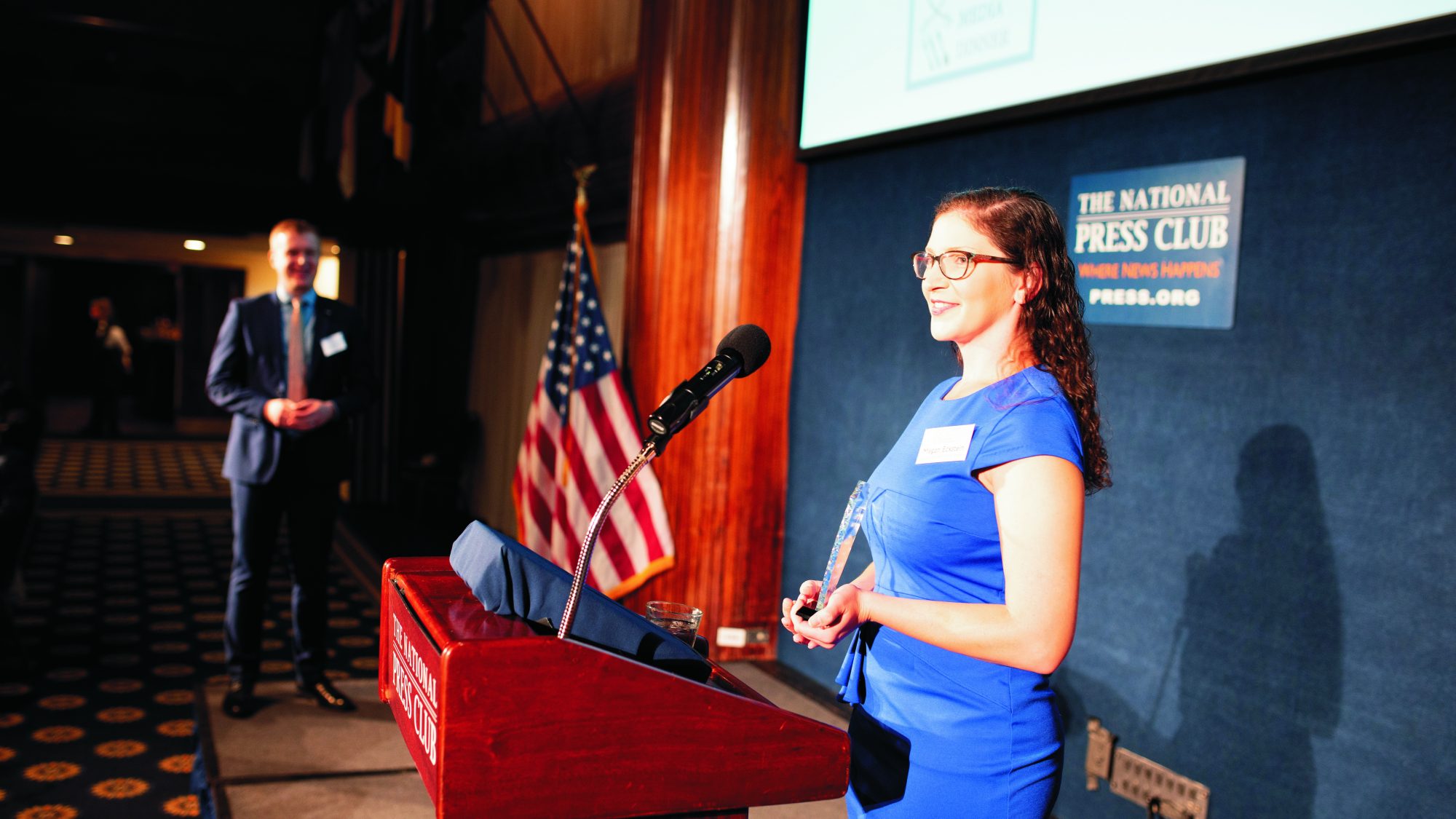 The Defence Media Awards were founded in 2018, and women have been the recipients of the “Best Young Journalist” award every year. Seen here is Megan Eckstein, who received the award in 2019. Photo: Thorstein Korsvold, Nammo.

In 2020 Vivienne won the Nammo-sponsored award for “best young defence journalist” as part of the third annual Defence Media Dinner. So far, female reporters have taken home the award in this particular category every year.

“In a sector where I can almost name more female defense journalists than male, it shouldn’t come as a surprise that women would be receiving these awards. That is what gender parity and gender equity should accomplish. I am so honored to be recognized among these women, but if one of our male colleagues takes home the prize next year, I will be equally honored to be recognized with him. And I do believe that that culture is something that every sector, every company, every community, should strive to achieve,” said Machi.

Nammo has sponsored the “Best Young Journalist”  award category in the annual Aerospace Media Awards since 2017.

The Defence Media Awards have been awarded annually since 2018, with Nammo supporting the award category “Best Young Journalist.”

Hybrid engines are not just for cars. Nammo has developed a rocket engine that could help make green space propulsion a reality. One of the lead engineers on the project has been Dr. Martina Faenza.