Nammo’s new product catalogue is here. The 2021 (version 6) document is a significant update over the previous version from 2018. Spanning 191 pages, hundreds of defense products are shown with pictures, descriptions and statistics. 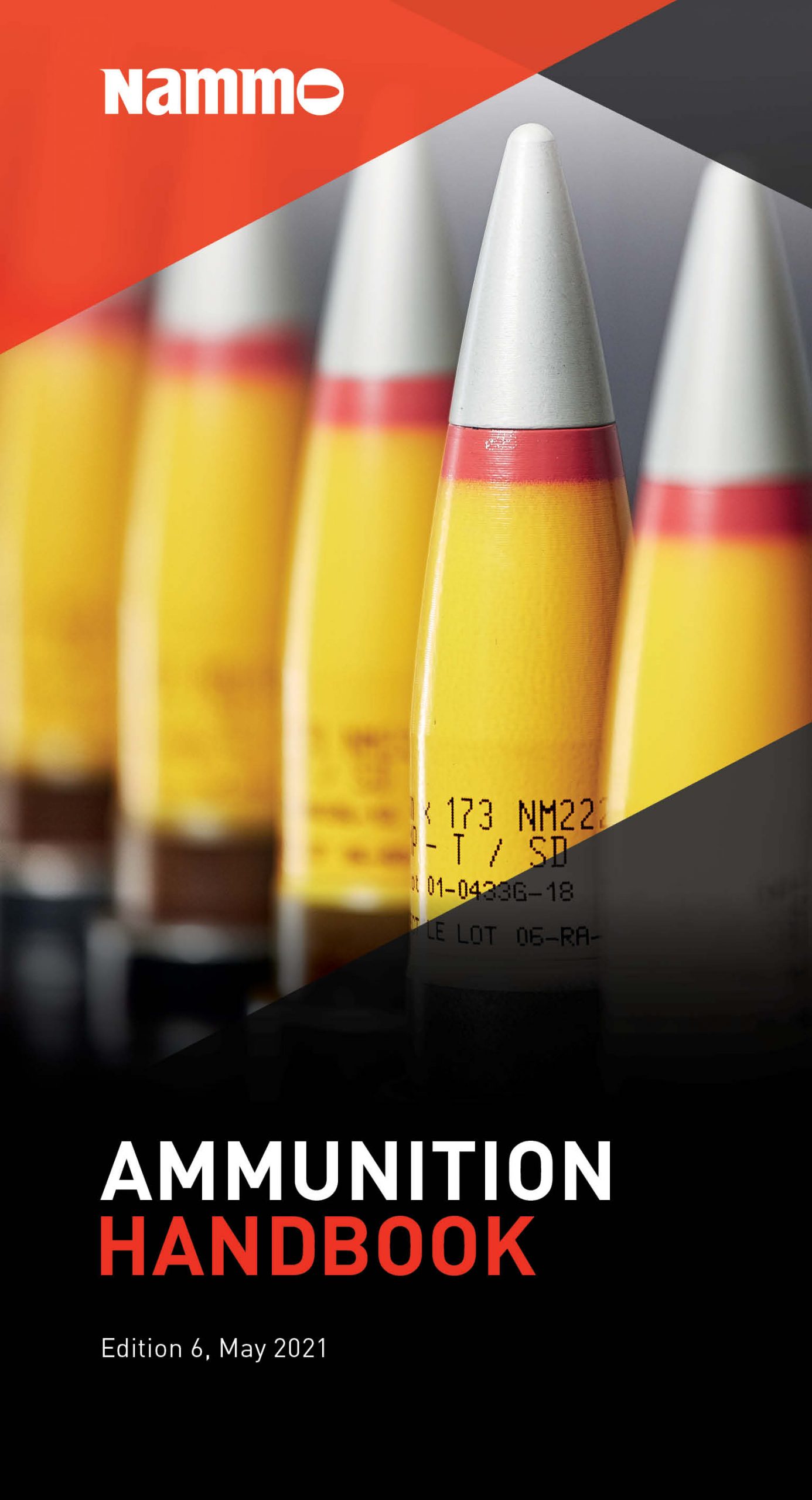 – I think this is the most complete and detailed record of what Nammo has to offer, ever published, says Bård Stenberg, Nammo’s VP International Sales & Marketing.

The Ammunition Handbook has both been updated and expanded since the previous release. Among the notable changes are a number of products that have been improved or now exist in new versions. These are all covered.

– Which changes do you see as the most important ones?

– The new handbook is primarily a consequence of the vast number of improvements we have seen in our product range. One notable example could be the 40mm programmable airburst ammunition. This is an extraordinarily efficient tool that has armor piercing, anti-structure and airburst capabilities. After many years in development, it’s finally qualified and has reached the production stage.

– Other products are upgraded or changed and have been released in new variants. This is often the result of a significant technical improvement. In addition, Nammo has acquired some businesses who have added their products, like the APOBS (Anti-Personnel Obstacle Breaching System) and the 40mm low velocity ammunition coming out of Nammo Perry, Stenberg says.

Nammo also has chosen to emphasize that the company has a number of services relevant to defense sector customers: The very important demil operations now have a place in the handbook. Another example is the Nammo Test Center – one of the largest in Europe.

– We see that our customers increasingly are adopting a cradle-to-grave thinking covering the entire lifecycle of a product. Thorough testing, adaption to the customer’s needs, delivery and use and finally demilitarization. Nammo is one of the very few companies that offers this full package, and both safety, recycling and sustainability aspects are important here. We see this as one of the advantages for the customers, and it is reflected in the new handbook, says Stenberg.

The Ammunition Handbook encompasses a selection ranging from 5.56mm ammunition to large caliber products like the 155mm artillery ammunition. Shoulder fired products like the M72, as well as Nammo’s range extension products also have their place, the latter in the propulsion section.

Nammo’s new Ammunition Handbook is here. The 2021 (version 6) document is a significant update over the 2018 version.

– The selection is quite wide now and I feel we should have products or systems enhancing most defense forces’ materiel portfolio, says Stenberg.

Many of the products also have a text section providing explanation and context.

– Even for the experts it can sometimes be hard to differentiate between all the variants. For instance we have no less than 19 variants of the 12.7mm (.50 cal) ammunition. But they all have their uses, and we especially like it when we can accomodate the specialists out there, says Stenberg.

– Which new product do you think is the most important in this update?

– That’s a hard question to answer. We have a couple of new M72 versions which are very good. These are evolutionary improvements. But the new M72 FFE (Fire From Enclosure) is a revolution. I am also very proud of our range extension technology, that is relevant both for artillery products as well as propulsion typically used in missiles. And finally we see that we have training items for many different calibers ranging from 5.56mm to 155mm. They are all important. So maybe not a single product, but rather the sum of all of these is what makes me proud, Stenberg concludes.