– It is so difficult to get everything right: The technology and the power to fight… 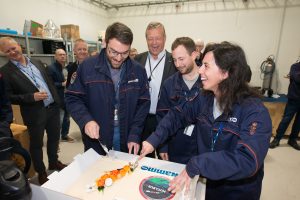 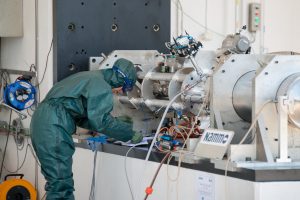 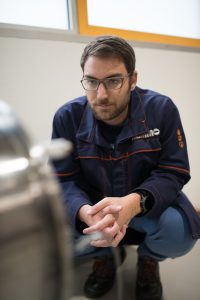 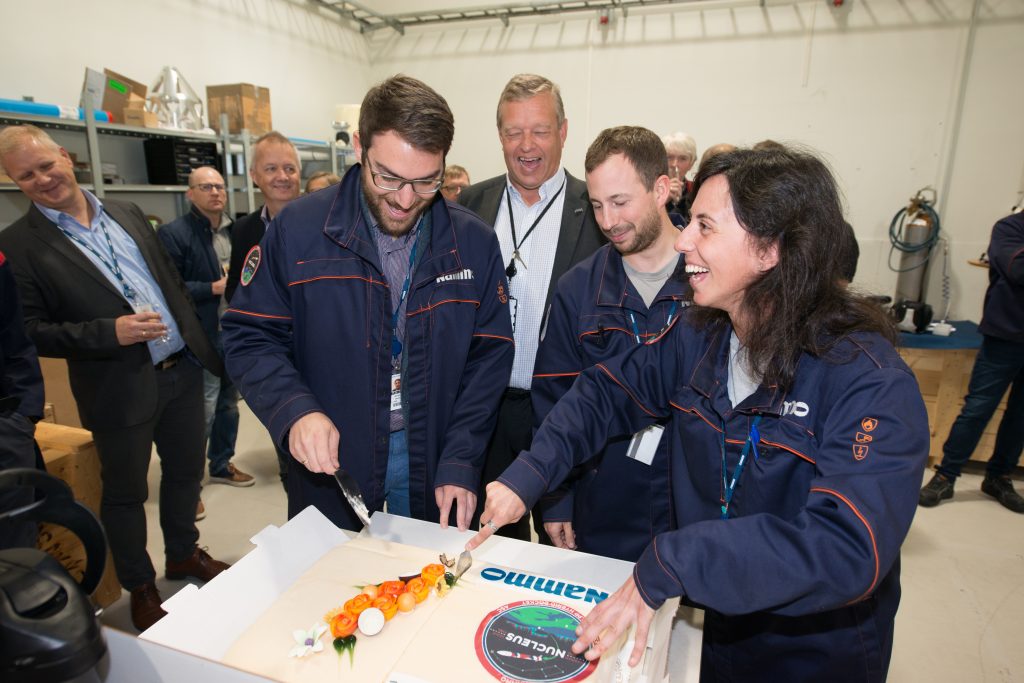 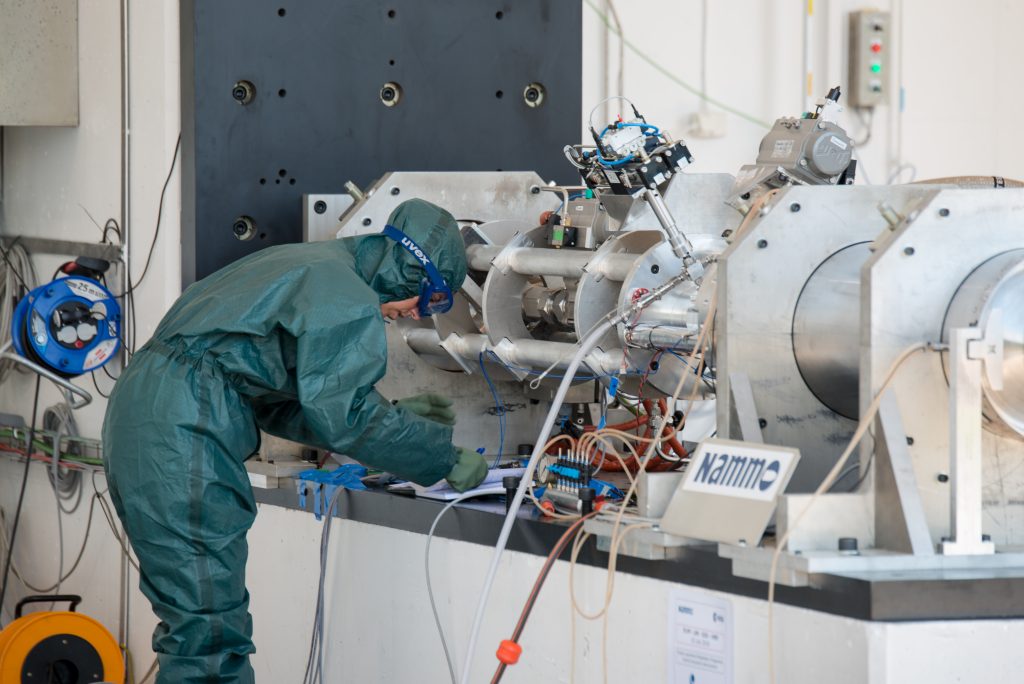 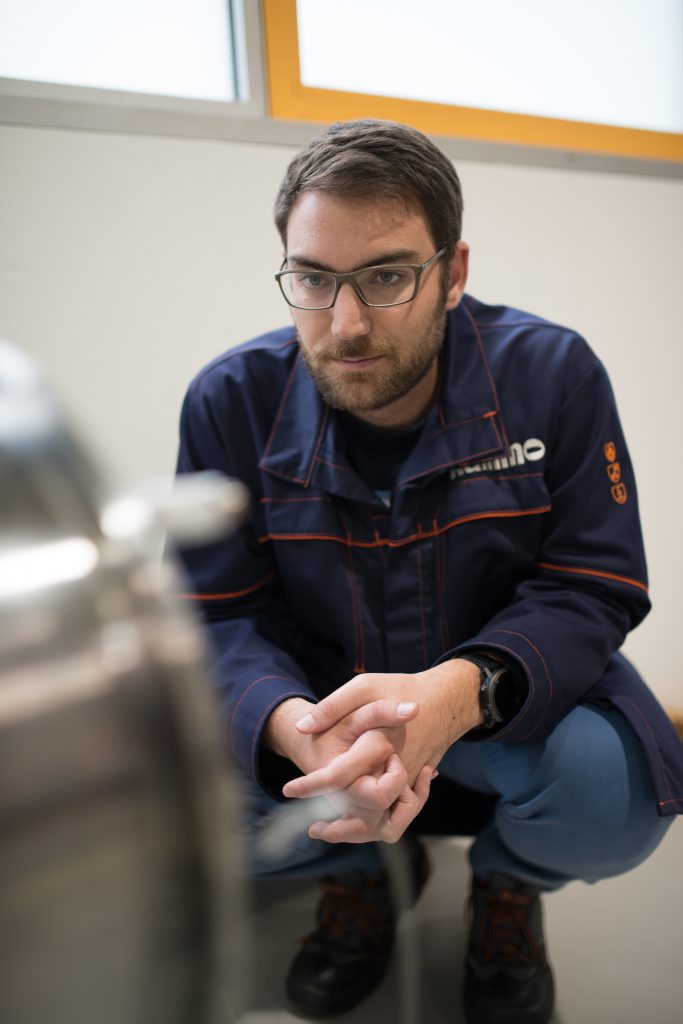 Hybrid engines are not just for cars. Nammo has developed a rocket engine that will could help green space propulsion a reality. One of the lead engineers on the project has been Dr. Martina Faenza.

– It is so difficult to get everything right: The technology and the power to fight…

“When lifting large payloads into orbit, launchers currently use massive liquid, or solid fueled rockets, or a combination of the two. Both come with their own sets advantages and disadvantages. The former is very expensive, and is challenging to work with, while the latter is close to impossible to shut down or throttle back once it has started. What Nammo has been wondering is if it could be possible to perfect an old idea, originally from the 1930s, to combine the two, and create the best of both worlds – a hybrid, if you like. Not to replace the ones that exist today, but to supplement them with something that is both easier to work with, and more friendly to the environment.”

Dr. Martina Faenza is a development engineer with Nammo’s Aerospace Propulsion unit based at Raufoss in Norway, and has a doctorate in hybrid rocket propulsion from the Università degli Studi di Padova in Italy. She has spent three years with the team that is working on the development of the hybrid rocket engine.

“Nammo’s work on hybrid engines actually started in the late 1990s, by looking for a way of modulating the thrust of military rockets – essentially, controlling how fast they burn, and perhaps being able to save some thrust for the final phase of the mission. This led to a test from Andøya in 2007 of a small test rocket that proved that it was possible to use hybrid propulsion to do the job.”

The original test of the hybrid rocket motor from Andøya in 2007.

Military rockets commonly use an engine with solid fuel, where the oxygen the rocket needs to burn is part of the fuel mix itself. On the one hand, this means that the rocket doesn’t have to rely on any complex fuel systems to work, which makes it very reliable. On the other hand, it means that once ignited, fuel and oxidizer will continue to burn until empty, and cannot be stopped.

“Being able to regulate power has always been one of the advantages of purely liquid fueled rocket engines, but they pay for that by being very complex, and by using chemicals that are very challenging to work with.”

Nammo’s hybrid rocket works by having the oxidizer separate from the solid fuel, and it is able to regulate its power by simply regulating the flow of the oxidizer. If necessary, it can even be turned off completely before re-igniting. The main benefit, however, is that only one fluid needs to be regulated, which makes the rocket far more stable and easy to work with. In addition neither of the fuel ingredients needs to be stored at high pressure, under extreme cooling or represents an explosive risk.

The main stages of a hybrid rocket motor.

“From a safety perspective, this makes the engine a lot better than other systems, and reduces the need for specialized transport and storage at the launch site. The challenge with this system is to make the two materials burn together efficiently, and to make the overall package as light and reliable as we need it to be, and that has taken us time to get right.”

After looking at several different chemicals for the oxidizer, Nammo decided in 2010 to base itself on hydrogen peroxide. The advantage is that it is friendly to the environment, and easy to both transport and store. The solid fuel is a type of rubber not very different from that found in a regular bicycle tire.

While Nammo’s initial motivation for looking at hybrid rockets was to provide a better rocket engine for military uses, the focus has since moved to commercial space applications. In particular, towards the potential for powering sounding rockets and small space rockets able to put nano-satellites into orbit. After more than a decade of research and development, Nammo’s rocket scientists believe they are ready.

“We have done more than 150 different test firings to get where we are today. The two most important milestones was first in 2014, when we tested our “heavy wall” version, which had the power of a proper engine, but which was not designed to fit in a rocket. Still, we learned a lot from that, and could move on to the next stage. Since then we have redesigned both our test stand and the engine itself, and finally, in March this year, we were able to test a flight weight version – and it worked perfectly!”

Testing of a flight-weight hybrid rocket motor at Raufoss in March 2017.

After successfully testing the flight weight engine, the next step is to make it actually fly. That is to happen from Andøya during the fall or winter of 2017, and Nammo is now looking to hire additional engineers to make that possible.

“Our team so far has been a relatively small research and development group focused on getting us to where we are today. Now we need people to help us get this technology airborne, both in the form of smaller thruster engines, and larger engines that could potentially lift satellites into orbit.”

Martina and her colleagues would go on to launch the Nucleus on its first successful mission into space in September 2018. Watch the full story in our online three-part documentary.