Like most other industries, ammunition has its own vocabulary with a wide range of technical designations and jargon that can seem quite impenetrable, even to many defense professionals. This article will help you get started on one of these areas – names and measurements for ammunition for small arms. This includes everything from pistols and other handguns up to heavy machine guns and sniper rifles.

Ammunition exists in many shapes and sizes, and designations such as 5.56x45 mm NATO or .338 Lapua Magnum are used to tell shooters if the ammunition can be safely used in their weapon. In both of the examples above, the first number (5.56 and .338 respectively) tells us the internal diameter of the gun barrel (or "bore") that the bullet (or “projectile”) has been designed to fit. This is often referred to as the "caliber" of the weapon. The second one (x45mm NATO and Lapua Magnum) tells us what the ammunition case looks like, and the design standard for the complete cartridge (i.e. projectile and case combined).

The two examples above, 5.56x45mm NATO and .338 Lapua Magnum are examples the two main ways of describing ammunition standards used today. A simple way of explaining the difference between the two is that the first uses metric and the second one uses imperial measurements. This means that the measurements in the first is given in millimeters, while the second is in inches (with .338 indicating that the bullet will fit a barrel with an internal diameter, or caliber, of 0.338 inches.)

Note that even though the imperial measurements are more commonly used for civilian ammunition today, most of them actually have military origins. After both the first and the second world wars, large amounts of surplus military rifles and ammunition were sold on the civilian market, making both popular among hunters and sports shooters. This has remained true even as military users have moved on and standardized on new ammunition designs. One example is .30-06, which today is a very popular form of hunting ammunition. As the designation suggests, this uses a projectile meant to fit a barrel that is 0.3 inches wide, but the original cartridge design was initially approved for use by the US Army in 1906 (therefore “-06”.)

Lapua Magnum represents another particular type of ammunition designations. Rather than listing the specifications, or referring to any international standard, the designation usually tells the name of the person or the company that originally brought that particular design to market. In other words, Lapua Magnum tells us that the overall cartridge design follows the “Lapua Magnum” style, originally brought to the market by the Finnish company Lapua (a member of the Nammo Group). Over time, however, other companies have also begun producing ammunition according to this design, turning it into a semi-official standard rather than a product name from a particular manufacturer.

Other similar designations include Norma, Winchester, Remington, Springfield, etc. which are all ammunition manufacturers who have brought new designs to the market. You can find more examples of this by visiting the Lapua website. (opens in a new tab.) 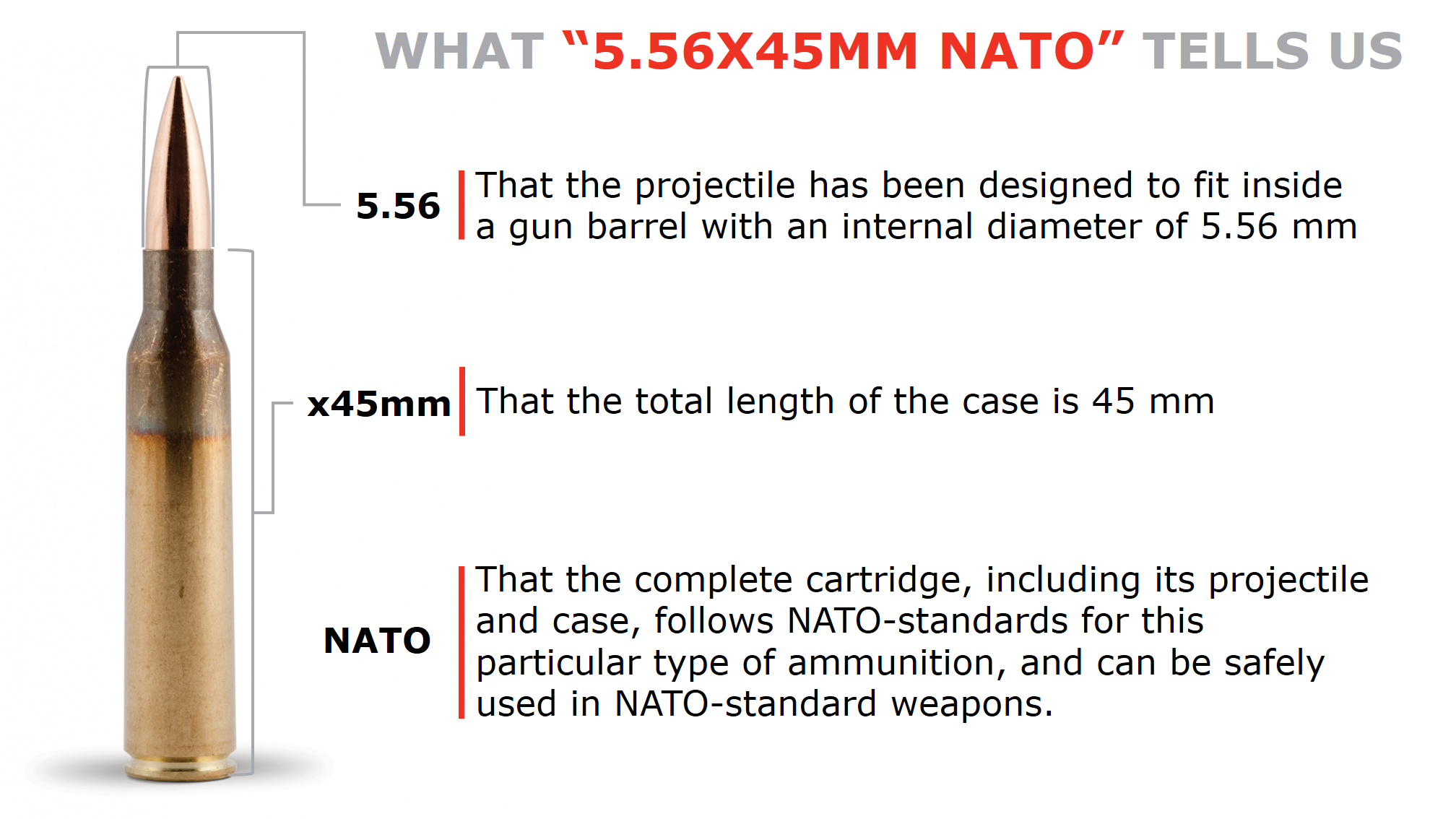 Pick at least one topic below, and we will let you know when we post something new.

Making Sense of Defense (MSOD) is a new series of short articles from Nammo providing answers to common questions about us, our products and the defense sector in general. Sign up for our mailing list to receive all new articles as they become available.